Oh what a glorious day!

Mike P here for yet another Nike SB update.

If you know me, my favorite SB Dunk model has, and always will be, the strapped Mid.  The first SB Dunk I ever bought was a Mid with the strap.  The strap on the Mid is what separates it from looking like a dwarfed version of the Dunk Hi and gives it that extra boost of character and uniqueness.

Like many, I was extremely disappointed when Nike SB decided to temporarily do away with the strap on the Mid.  It was said that they scrapped the strap to lower production cost.  Well, as it seems, the Mid sales must have been shit without the strap because this so-called strapless mid didn't make it very long.  Lasting around a year, the Nike SB Dunk Mid has returned to their roots with their first look at the newest "strapped" model.  Take a look:

If you take a closer look at the enlarged version of this shot, you really get to see the detail that is going into this shoe.  As being dubbed on the N-SB forums as the "Blue Lobster" Mid, this is one beautiful pair of kicks.  The buttery-soft suede sits on the toebox, midpanel, and heel, while some kind of detailed leather takes over the swoosh, strap, around the toebox, up the eyelits, and down the back strap.  The midsole comes in at a nice dark blue sitting on top of the light blue outsole (extremely resembling the Blue Lobsters).

I think it is safe to say that the return of the strap on the Nike SB Dunk Mid is going to be welcomed with open arms, especially with this bomb colorway.

No official release date set yet for these, however, they are part of the Fall 2012 line, so expect Belmont Army and Uprise to be getting these in fall!

What's up everybody? Mike P here. Good to have a new home here on Blvd Ave.

Gettin right into it, what I have for you all today comes straight from Dom DeLuca's twitter feed.  For those who don't know...and you really should, Dom runs Brooklyn Projects out in LA.  If you still don't know, maybe the recently released Nike SB "Reign in Blood" Dunks may give you a hint.  But I digress.

Dom has given us a peek into a few of the new Fall '12 SBs coming our way. While I will try to pay as little attention to the recent news about Nike SB absorbing Nike 6.0 and pushing out newer combined designs, there is a new style amongst these next couple shots.  Keep in mind, I will only be focusing on the Dunks only.

The first look we got was this Dunk (High?):

This all-plum dunk looks like it has some buttery suede on the toebox and sidepanels with some kind of printed leather up the eyelits and around the toebox. And to top it all off, GUMSOLE!

A very simple, yet desirable colorway on this Dunk Low. The pebbled leather swoosh and heel tab are a nice pop to a seemingly all black leather/suede shoe.

Remember the Brian Anderson Camo Highs? These could be a nice homage to the timeless dunks.  It looks like the camo print is done on canvas with suede filling in.

aaaaaaand my favorite of the bunch:

The "Futura II" Dunk Low.  Futura designed his first dunk back in 2003 and it still remains as one of the highest sought after shoes by collectors.  The Futura IIs, as they are already being dubbed, are using a similar colorway but with an amazing-looking quality suede almost everywhere.  The samples dropped on eBay and the NSB Marketplace around 2 weeks ago with a beautiful gumsole.  The released pictures don't seem to have the same outsole, but these will just have to do.

That's my scoop.  Check back with me here on the AVE for more SBs and streetwear. 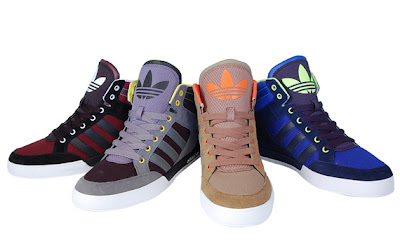 adidas Originals has been pushing its retro-inspired footwear releases quite strongly, focusing on heritage-based models like the adidas Originals Hard Court Hi. Four new colorways are set to hit stores this month; it features a mid/high cut with an oversized tongue featuring the adidas tre-foil logo, a simple vulcanized midsole, and a netted texture on the ankle. While these can be considered Retro-inspired, it does capture a sleek appeal that mixes contemporary styling with adidas’ classic look. The colorways you see here are a lot moree attention-seeking than the adiColor Pack that dropped two months ago, so watch for these four releases exclusively at Champs this month, and let us know which of the four colorways you like best. 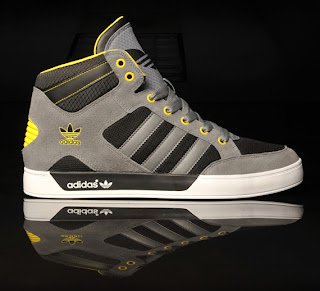 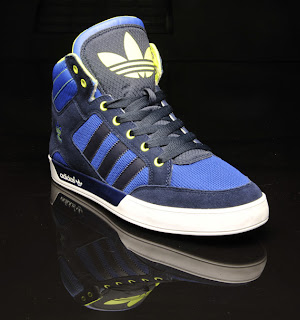 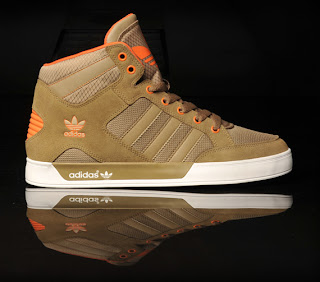 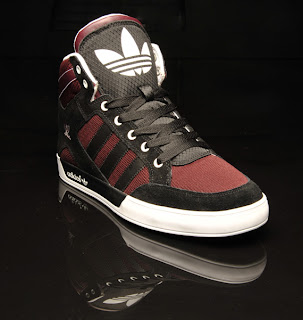 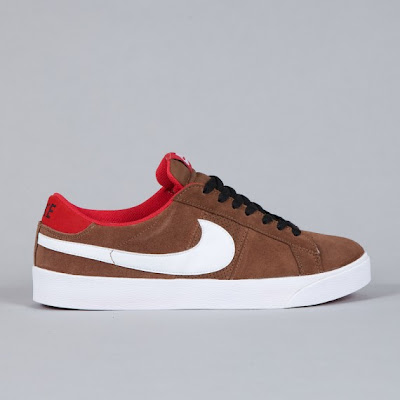 In a skating world where vulcanized and cup soles are the chocolate and vanilla of sneaker bottoms, the Nike SB Blazer CS Low is the delicious ‘twist’.  The SB Blazer CS features vulc aesthetics and overall board feel with the extra cushioning of a cup sole plus Zoom Air in the heel for one of the most rideable designs yet from Swoosh skateboarding.  The latest CS Blazer SB is a lowtop in Bison brown suede with Sport Red and white accents that’s sufficiently neutral to stick around for pretty much every season, and you can find them at select Nike SB retailers like Flatspot. 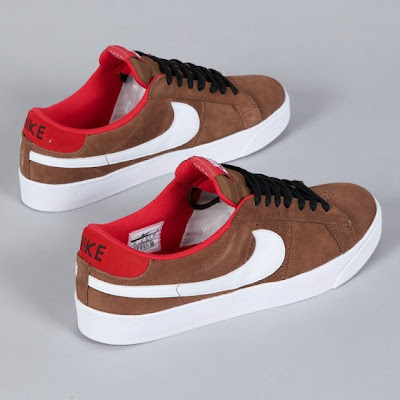