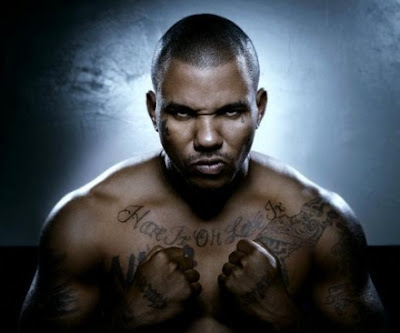 Earlier this week Game dropped the new covers of his oft-delayed album "The R.E.D Album." With a release date set for August 23rd. Are you ready to see R.E.D ???
(GAME'S 1st single from the new album "Red Nation")
(An unreleased song by Game & Justin Timberlake. Probably was planned to be a single from The R.E.D album's initial release date from last summer)
"THE R.E.D ALBUM" DROPS AUG. 23RD !!!
at July 12, 2011 No comments:

Here's a recap of the NBA 2011 All-Star game courtesy of ESPN.com :


We haven't had a Kobe versus LeBron battle in June yet, but we got a preview of what it might look like here in February. The West's wild 148-143 win in the 2011 All-Star Game at Staples Center -- the highest-scoring regulation game in history provided a harbinger of how exciting such a showdown might be as each dominated long stretches of the game.

And that's where the fun begins. Because when you look past all the spectacle of the NBA All-Star Game, the really interesting part is when it gets a little nitty-gritty. Combining the Kobe-LeBron battle with the close finish, and spiking it with lingering Lakers-Celtics bitterness and the Staples Center location, all the necessary ingredients were there.

More on the L.A.-Boston animus in a bit, but let's start with the finish. There were only two players apiece on the court from Los Angeles and Miami during the stretch run, but it turned into a Lakers-Heat battle anyway with the final score serving as a sort of proxy war for the MVP honors between Kobe Bryant and LeBron James. And unlike most years, the crowd had a genuine preference, pulling for the West enough that at times it felt like a "road" game for the East.

Bryant ultimately prevailed, with game highs of 37 points and 14 rebounds. But not before James almost single-handedly brought the East back from a 17-point deficit with a series of full-speed end-to-end bursts that ended with him hurtling toward the basket and drawing fouls, scoring or both. James had 14 points, 4 rebounds and 3 assists in the fourth quarter alone, bringing his side within two before Kevin Durant quashed the rally with back-to-back jumpers.

James finished with only the second triple-double in All-Star Game history with 29 points, 12 rebounds and 10 assists; Michael Jordan was the first. Unfortunately, his lone error in the stretch run may have been the costliest -- down four with 45 seconds left, he passed up an open 3-pointer to kick the ball to Miami teammate Chris Bosh, who missed a wild 3 of his own that effectively ended the East's rally.

However, within the East comeback lay another interesting subplot the dogs-and-cats-playing-with-each-other aspect of four Celtics on the bench cheering enthusiastically as LeBron blew up in the fourth quarter. Leading the charge was Kevin Garnett, who was up off the bench making typical maniacal Garnett faces, pointing out defensive coverages and generally cheerleading.

"That's just KG," said East coach and Boston coach Doc Rivers. "He wanted to win. You don't really know how guys are going to interchange ... but it's really neat trying to adjust what the people interact and I think you do learn a little bit about different guys."

"Actually we all got into a fight in the locker room before the game, arguing and stuff," cracked Paul Pierce. "What did you want us to do? We're on the same team. It's the All-Star Game."

Rivers also did his Miami rivals a favor by immediately calling a timeout when Dwyane Wade came up hobbling after stepping on Deron Williams' foot. Wade, who had been troubled by his right ankle in recent games and reinjured it on the play, didn't return but said he could have if it had been the regular season.

Although the four Celtics -- Pierce, Garnett, Rajon Rondo and Ray Allen were bit players in the game itself, they were front and center at the start. At times it felt that we were back for Game 8 of the 2010 NBA Finals. L.A. fans heartily booed the Boston foursome in introductions, although they saved their worst vitriol for Miami's LeBron James. When four Celtics checked into the game for the East late in the first quarter, at the same time Bryant and Gasol were on the floor for the West, it seemed the L.A.-Boston subplot would rule the day. On cue, the crowd cheered when Pierce and Allen each air-balled jumpers.

"You knew they would not get a rousing ovation," said Rivers. "I think our guys expected it. [They] got a good laugh out of it."

Kobe Bryant avoided the Chasedown King this time.
Of course, it wasn't just the Lakers, Heat and Celtics out there. Kevin Durant made two game-icing free throws with 5.2 seconds left allowing Bryant to leave to a huge ovation from the Staples Center crowd and finished with 34 points. And the East's surge got a major boost from Amare Stoudemire, who scored 15 of his 29 points in the fourth quarter. Interestingly, Stoudemire was matched up against potential future teammate Carmelo Anthony to start the game. However, neither made a huge impact until Amare's late burst.

Nonetheless, the story of this one was Kobe doing just enough early to offset LeBron late. Bryant exploded early with a 21-point first half, going retro on a baseline drive that led to a twisting reverse jam and later, to the delight of the locals, dunking on James.

"I wanted to see if I could avoid the LeBron chase-down," said Bryant. "So I just tried to be quick ... I kind of snuck it by him."

Bryant achieved his point total by playing, how can we say this ... aggressively. Especially in the first half, he stopped the ball to look for his shot every time he caught it. Bryant admitted he knew coming in what the record was for points in the game (42 by Wilt Chamberlain in 1961) and had hopes of breaking it before the home crowd until he ran out of gas down the stretch.

"He wanted to get the MVP," said Stoudemire. "He was not passing the ball, at all. But that's Kobe."

You could tell it was Bryant's night when he missed a free throw midway through the fourth quarter and it bounced straight back to him off the back rim, leaving an open 15-foot jumper that he drained easily. It was one of his few jumpers, as Bryant showed shades of his game as a much younger player by making repeated forays to the rim. Eleven of his 14 field goals came from inside five feet.

However, the fortuitous bounce off the free throw provided his only points in the final stanza. It was his teammate Gasol who helped hold off the East's charge, blocking a Derrick Rose shot at one end and tipping in a Bryant miss at the other to seal the win after Durant's jumpers had provided some breathing room. For his efforts in preserving Bryant's MVP trophy, Gasol got to spend 10 minutes on the podium with Bryant without being asked a single question.

"He played great," James said. "He definitely deserved it."

Whether he would also prevail in a June matchup remains purely a matter of conjecture. Maybe, just maybe, this is the year we'll find out.

here's the "Black Mamba" himself after winning MVP: