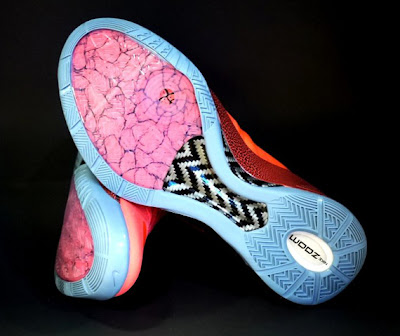 This earth-shattering colorway of the Nike Zoom Hyperdunk 2011 was made for Blake Griffin for the 2011 NBA Dunk Contest; it features a bright solar red upper with cracked pavement graphics on the midsole, heel, and outsole, pointing to Blake Griffin's quake-inducing slam dunks that he's managed to complete during the course of the NBA Season. 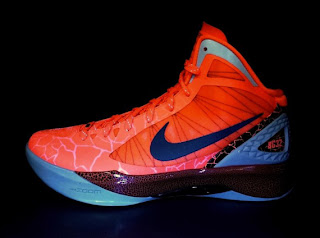 While these haven't released in the U.S. and plans of one don't seem to be in our sights, Nike Hong Kong will drop a super-limited run of thirty pairs for 30 lucky individuals who register at NikeHK and luckily stumble upon the 'Order' button on the official landing page of the 10.0 PE during the week of July 19th to July 26th. 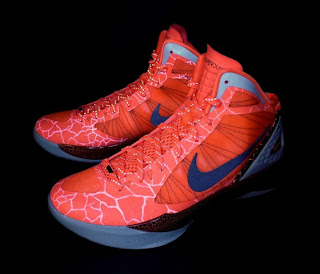 Suddenly, dunking over a Kia doesn't seem so tough. Check out these new detailed images of the Nike Zoom Hyperdunk 2011 Blake Griffin 10.0 PE (with and without flash) below and let us know if you'd like for these to release in the U.S.! 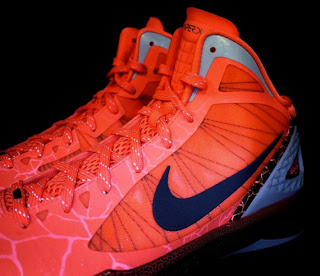