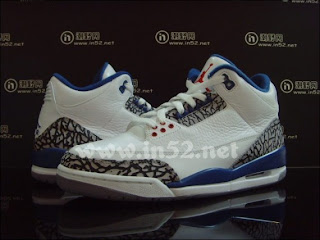 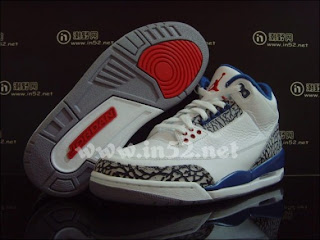 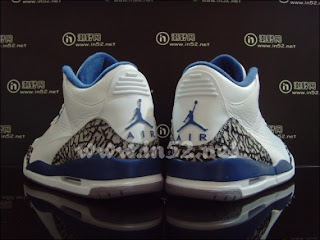 Three of the four original Air Jordan III colorways have/will see retro releases this year,
and with the Fire Reds out of the picture (at least for now),
‘White Cements’ having already dropped and
‘Black Cements’ on tap for the holiday season, any true Jordanhead could tell you which one’s left.

Check out these new photos of the 2011 Air Jordan 3 ‘True Blue’,
a model that’s picture perfect when compared to the OGs and should satisfy some of the frustrated fans who couldn’t get their hands on a pair when they dropped in ’09.

The question with a model of this legendary stature is often ‘How many,’
rather than ‘If’, but with all the aforementioned pairs plus the recent BHM and upcoming Stealth joints, which ones will you pick?
at March 17, 2011 No comments: