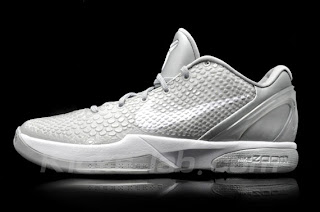 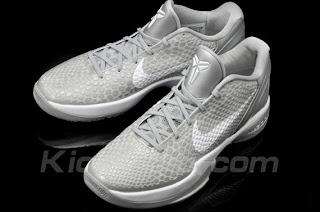 Props to Kicks-lab.com
‘Cool Grey’ has been an ongoing theme with sneakers since the late-2010 release of the Jordan XI 'Cool Grey’.
The ‘Cool Grey’ moniker was quick to catch on with this upcoming Nike Zoom Kobe VI colorway, but this one’s actually Metallic Silver, similar to the Nike LeBron 8 V/2 Low that’s set for a release in the coming months.
The upper is a tonal metallic silver with a white swoosh, with the midsole adopting the same color combination.
These are similar to the Zoom Kobe V TB release from 2010 as well. Check out the detailed images below and stick with Sneaker News for more updates. via kicks-lab.
Nike Zoom Kobe VI
Metallic Silver/White
429659-012 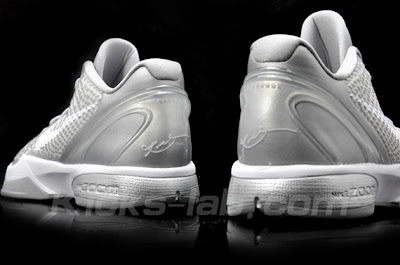