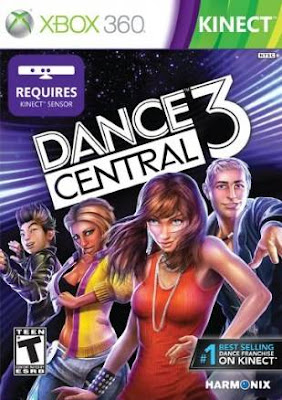 The Dance Central series has already established itself as the best dance franchise available. It's known for its gorgeous animations, wonderful dance routines that cater to a wide range of skill levels, and Kinect tracking that gets your whole body into the groove. And in these regards, Dance Central 3 maintains the excellence of its predecessors, leaving the basic gameplay untouched. You still perform a wide variety of fun dance moves in routines that are expertly choreographed to match the music that accompanies them. But it's the elements that surround the dancing that make this sequel a standout. An appropriately absurd Story mode and a diverse soundtrack that reaches back through time to work in hit records and dance crazes of the past few decades elevate the game. But it's the outrageous and frequently hilarious Party Time mode that takes this sequel over the top and makes it the best Dance Central yet.

Of course, dancing is still front and center. A new difficulty level, beginner, keeps routines simple and lets even those who may have been intimidated by the easy mode in earlier games enjoy strutting their stuff. On the other end of the spectrum, dances on hard difficulty are complex, challenging more experienced dancers to keep up with intricate, physically demanding routines. The dances are performed by an assortment of impossibly attractive, stylish characters--most of whom return from earlier games--and their smooth, graceful animations make even the simplest of moves look pretty cool.
As in earlier Dance Central games, cue cards scroll up along the side of the screen, indicating which moves are coming up in the current routine, and should your actions not quite match the dance move being performed, the corresponding limbs on the onscreen dancer become outlined in red. It's a gentle, effective way to inform you that your performance is a little off, but this may not be enough to help you understand what you're doing wrong.
Thankfully, the option to rehearse specific dance moves or entire songs is back, and as before, you can slow things down and master a move at half speed if you're struggling. A new addition to Rehearse mode makes it an even better tool for helping you identify aspects of a move you might be having trouble with. You can now have the Kinect show live footage of you dancing next to the in-game dancer performing the move, making any discrepancies between your actions and the character's more obvious.
The dance moves range from extremely simple steps that anyone can keep up with, to much more intricate moves that all but the most seasoned dancers may need to practice to master. Generally, the Kinect's tracking of your moves is precise, though you can usually fudge any subtle hand movements involved in a dance step and still earn a rating of flawless. New in Dance Central 3 are a number of dance crazes from the past few decades, which consist of a few dance steps in a specific sequence.
When dancing to "The Hustle," a few dance moves come together to form the titular '70s dance craze. Similarly, when dancing to "Macarena," you need to put your pride aside, move your arms, and wiggle your booty to do the goofy dance that was inescapable for a brief period in the mid-'90s. (If doing the Hustle or the Macarena sounds too easy to you, don't worry. On harder difficulties, these crazes are mixed with vigorous steps that ensure the routines are no walk in the park.)
at October 21, 2012 No comments: