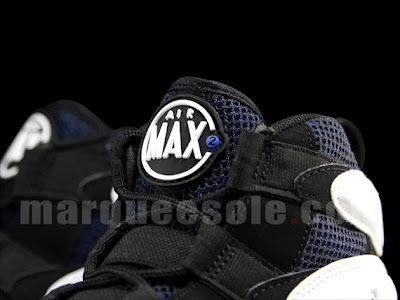 Back in 2006, Nike re-released a widely popular Nike Basketball shoe from the mid-90's catalog - the Nike Air Max Uptempo 2 - in the classic White/Blue/Black colorway. These were often attributed to the Duke Blue Devils, who wore a number of different Nike Basketball shoes like the Air Flight Huarache, Air Force Max B, and Air Unlimited, but it was also the UConn Huskies who rocked these beauties throughout most of the '95 Tourney. 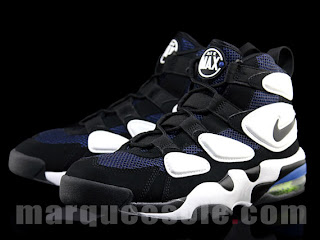 These are slated for a return this December, which may be a puzzling move by the folks over at Nike Sportswear considering the Uptempo 2 wasn't exactly great performer back in 2006 in terms of sales. More colorways are expected to drop prior to the release of this OG colorway in November, so in the meantime, check out these new detailed images and stick with Sneaker News for more updates regarding the releases of the Air Max Uptempo 2. via MarqueeSole. 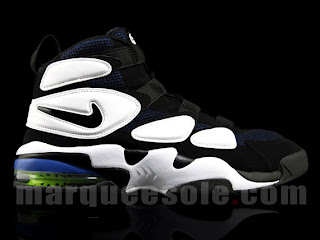