MICK FOLEY PT. 1
What happens when two WWE Hall of Famers sit down and start shooting the shit? Well lucky for you, recorders were rolling when Stone Cold Steve Austin sat down with Cactus Jack aka Mick Foley at 316 Gimmick Street! You can learn a thing or two about the rasslin' buisness from this one... negotiating pay, taking care of your body, concussions and head trauma, and surviving steel chairs! Don't worry, you'll also be laughing your ass off - loaded boots, loaded Gucci bags, Clash of the Champions, "The Commissioner," and plenty of Vince McMahon impersonations! And the best part?? This is only part 1!

PAUL HEYMAN
Paul Heyman is back, and this time he and Stone Cold are breaking down the current Brock Lesnar/John Cena feud... and making some interesting predictions! They're also talking old-school ECW philosophy, booking, gimmicks, and most popular faces. Plus, Paul E. remembers Bam Bam Bigelow's wrestling debut, his own early days as a ring photographer, and the very first promotion he ever produced...at New York's infamous Studio 54.

Tony Schiavone
Tony Schiavone steered the Monday Nitro ship for WCW, spent a brief year in WWE, got his start with Jim Crockett Promotions... and joins Good Ole JR to relive it all. He's also speaking candidly about Bobby Heenan, Vince Russo, and Ed Ferrara, and sharing details about what happened behind-the-scenes the night NWO debuted!

WWE's Bray Wyatt & American Idol's James Durbin
James Durbin finished 4th on Season 10 of "American Idol." That was the same year Y2J competed on "Dancing With The Stars" at the sound stage next door. They had many LA adventures together while competing... and you'll hear some of the crazier stories! Plus, get a very real look at the behind-the-scenes workings of Idol, the audition process, & what James believes led to his demise! James is also a HUGE pro wrestling fan & had a quite a moment with Hulk Hogan. It's wrestling, singing, DIO, and the trappings of instant fame.

Batista Pt. 1
He's Drax in "Guardians Of The Galaxy." He's a former WWE World Champion. And he looks damn good in skinny jeans...despite the reports on twitter! Batista sits down with Y2J. He's got stories from the set of "Guardians," details about the Drax makeup, and thoughts on leaving WWE and his most recent return. He's also talking Royal Rumble, Daniel Bryan, and Wrestlemania 30.

BATISTA PT. 2
It's part 2 with Dave Batista... and this time it's all about pro-wrestling & the WWE including the cage match that got both Batista & Y2J in trouble and resulted in a hefty fine for Batista. Stories about Ric Flair, Triple H, The Undertaker, Rey Mysterio, and Batista's awful tryout for WCW. And of course he's answering the one question on everyone's mind...
at August 31, 2014 1 comment: 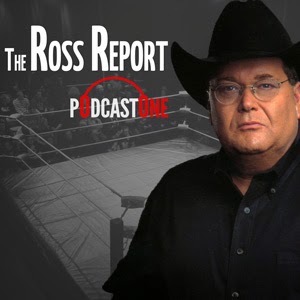 This interview was just too big to fit in one podcast...so here's part 1 of JR's conversation with Sting! Hear about his wrestling start in California, his first meeting with Hulk Hogan, training with Jerry Jarrett, working with Cactus Jack and Big Van Vader, and the most embarrassing match of Sting's career !

It's part 2 of JR's conversation with Sting! Hear about the Crow persona, Terry Funk, Scott Hall, the Owen Hart tragedy and how that affected Sting, his WCW years, his time in TNA, AJ Styles, Sting's steroid use, and the Scorpion Deathlock.

Keep this podcast Free by supporting the sponsors and shopping with Amazon. Amazon pays this podcast a small commission every time you use the Amazon banners below at no additional cost to you. Don't forget to click, bookmark and use the Amazon URL for future use as well.