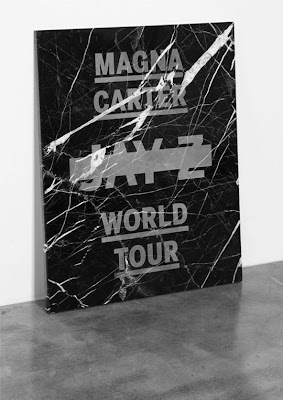 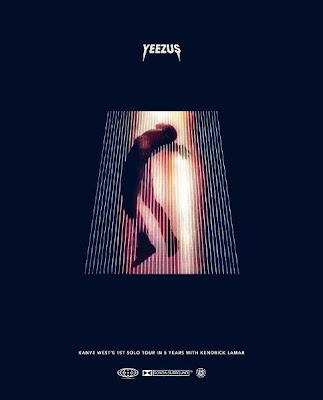 For the first time since his 2008 Glow In The Dark tour, Kanye is hitting the road beginning October 19. He’s also bringing the self proclaimed "King of New York" Kendrick Lamar to selected cities for this tour. Tickets go on sale September 13. Peep the full itinerary below. This will be my first time seeing Kanye in concert, since the tickets for the GLOW IN THE DARK Chicago tour date sold out in like 8 minutes, Im highly looking forward to the G.O.O.D Music head honcho's performance ! 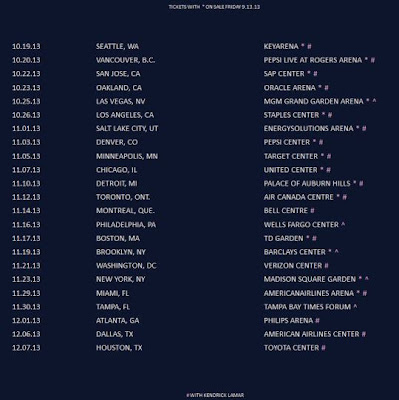 Chicago peeps ! CLICK HERE for a direct link to the Kanye West "Yeezus" Chicago tour date !!
at September 08, 2013 No comments: