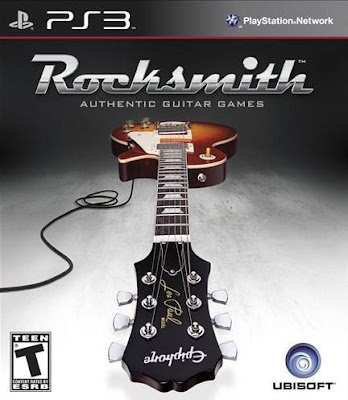 With the oversaturated and ailing rhythm game genre in a state of decline, it seems ill-timed to launch a new guitar-focused music franchise. But Ubisoft has pulled one out of left field with Rocksmith--a guitar game that successfully bridges the gap between musical gaming and actual rocking. It's advanced enough to give seasoned guitar players a more realistic challenge than Rock Band or Guitar Hero, yet accessible enough to teach inexperienced guitarists the ropes of rock and roll.
There are a few minor hurdles to get through before you get rocking. Rocksmith requires you to own an actual six-string electric guitar and won't work with any old plastic peripherals you have lying around. It's a great excuse to dust off the old axe if you have one, but the high cost of picking up the Epiphone bundle or a separate guitar will be prohibitive for some players. That said, wielding an honest-to-goodness instrument of rock is what makes this game so fun. Once you have the requisite guitar in hand, you plug it into your system using the included 1/4-inch adapter cable, but it takes some fiddling to get a comfortable response time between the visual and audio lag. Running the sound out via analog audio cables into a stereo offers the best performance, though there are a few different options to explore. Once you get that mess sorted out, it's time to melt faces.