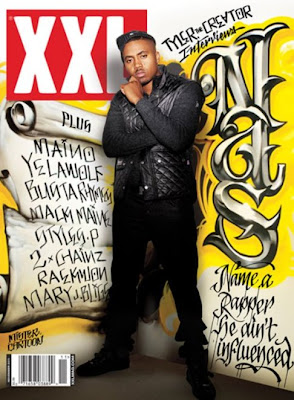 Celebrating almost 20 years in the game, NaS returns on the cover of XXL. This Issue hits newsstands on October 25, and I truly cant wait to read this feature. Oh the guest interviewer for this piece is a guy I'm sure you all know, Tyler, The Creator. Cover designed by Mister Cartoon.

Bonus: Here's "Nasty" by NaS one more time just in case you missed our post on it yesterday:
at October 12, 2011 No comments: 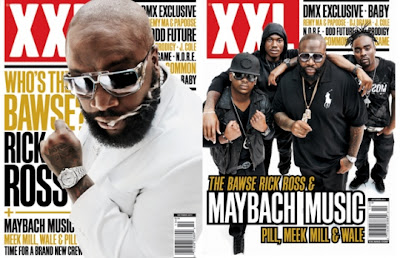 Coverwatch: Birdman on the cover of XXL Magazine 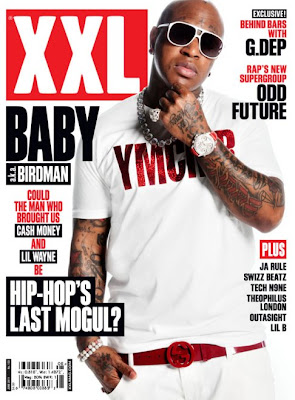 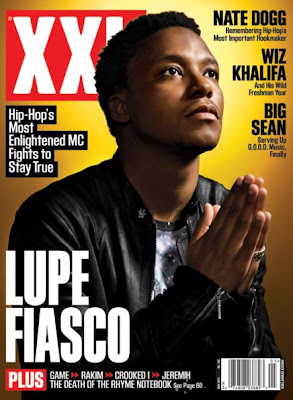 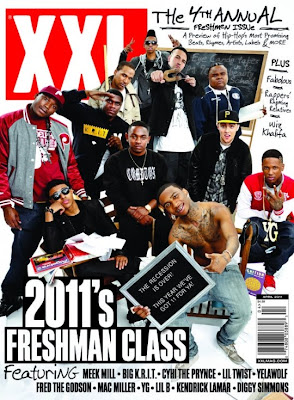 Whoa! A month before it hits newsstands, eighty8clothing got a hold of XXL‘s 2011 freshman class. Here’s a roll call from the top. Starting at the the left: Lil Twist, CyHi Da Prynce, Big K.R.I.T., Meek Mill, Diggy Simmons, Kendrick Lamar, Yelawolf, Fred The Godson, Mac Miller, Lil B, and YG.

Here's CyHi Da Prynce talkin about being apart of the cover: