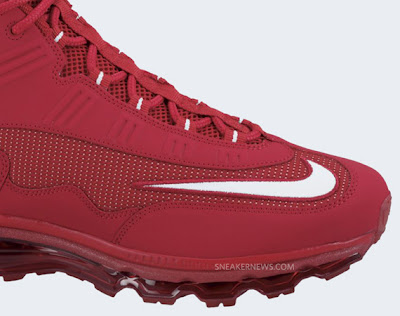 The recent release of the Nike Air Max JR have taken an unofficial formulaic approach of tonal colorways attributed to the teams that Ken Griffey Jr. played for. The last tonal-black pair we showed you was dubbed the 'White Sox', although Jr.'s time with the South Side was rather short. Here's another look at the Tonal Red 'Cincinnati Reds' colorway - one we showed you back in March; it features a sinister Varsity Red covering the entire shoe with a white swoosh on the the toe as well as on accents on the lace-hoops. If the tonal team theme continues, how awesome would an all-Freshwater pair of JRs be? Check out the additional shots of this November 2011 release below and let us know what you think. 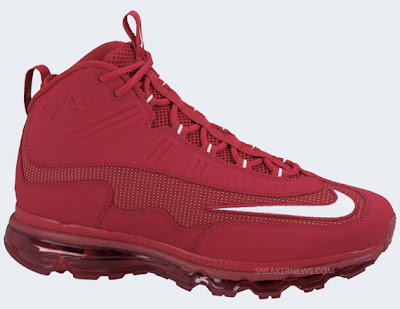 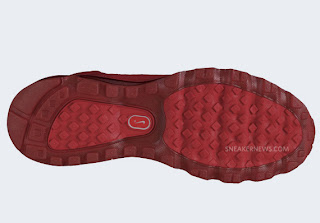