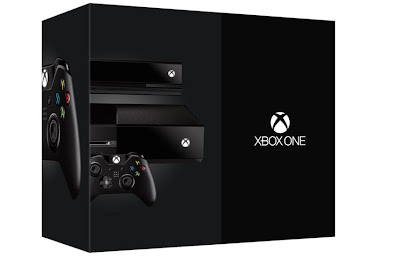 The console shown in the video is one of the first production units, Microsoft said, adding that fewer than 20 exist in the world. The system features the new 853mhz GPU announced last week.
The unboxing video, available below, is for a Day One Edition of the system, including a special Day One package, a uniquely branded controller with chrome D-pad, and a Day One digital achievement.
As was previously announced, the Xbox One itself sports a 500GB hard drive, slot load Blu-ray drive, IR blaster port, HDMI input and output connectors, a S/PDIF interface, three USB 3.0 ports, wired and wireless network support, and a Kensington Security Slot.
Microsoft also discussed the Xbox One's new chat headset. Previously, it was announced that it would not be included with the standard system. However, this has now changed and every unit will include a headset.
The chat headset offers "3x the sampling rate of the Xbox 360," Microsoft said. It is also described as "super lightweight"--weighing in at 44 grams. The headset also features a padded earpiece that can be worn on the left or right year, as well as a rotating mic.
Xbox One director of product planning Albert Penello added that the HDMI cable included with the system is a Category 2 HDMI cable and is rated for 1080p, 3D, and 4K. As for the system's built-in wireless, it is A/B/G/N and supports dual-band 2.4ghz and 5ghz frequencies, compared to the Xbox 360's single-band A/B/G/N at 2.4ghz.
The Xbox One launches in November for $499
at August 22, 2013 No comments: 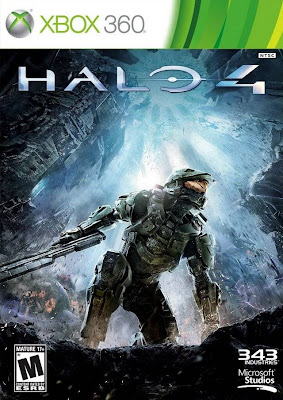 Halo is in new hands. After chronicling humanity's defeat in Halo: Reach, developer and series creator Bungie passed the reins to 343 Industries, who has charted a new course for the iconic Spartan and his AI companion, Cortana. In Halo 4, the duo confronts a fresh new threat to the human race and grapples with mortality in a way the series never has before. The result is the most compelling story a Halo game has ever told, conveyed through a campaign that combines the excellent combat, pacing, and environmental design that have long been hallmarks of the series. The intriguing new cooperative mode feels flimsy, but the competitive multiplayer reasserts itself as one of the most exciting offerings in the genre. Halo 4 doesn't just take the franchise baton in stride; it sprints out confidently to keep Master Chief and company at the head of the pack.
At the end of Halo 3, Master Chief and Cortana were adrift on a derelict ship, having just struck the final blow to bring an end to the Covenant's devastating campaign against the human race. Chief then entered cryo-sleep for the next four years, while humanity poured its energies into fortifying its defenses and expanding its galactic presence. A captivating opening cutscene shows this new initiative taking a critical look at the past, foreshadowing some interesting tension later in the game. Meanwhile, Chief and Cortana are roused when they stumble upon a dire threat to humanity's existence. This foe provides the series with its first proper villain, one whose roots in previously-vague Forerunner mythology soon come into frightening focus.
These galactic machinations are dramatic and intriguing, and they are brought to life vividly by Halo 4's stunning technical prowess. From sweeping panoramic vistas to claustrophobic jungle clearings, the environments are rich with detail enhanced by thoughtful lighting and sharp textures. The excellent artistic design that makes human, Covenant, and Forerunner architecture so instantly recognizable is on display once more, helping to create a cohesive sci-fi world. Expressive facial animations bring characters to life, imbuing the cutscenes with extra emotional weight and making the story that much more engaging. It's all tied together with an amazing soundtrack that complements every aspect of the game. Alien environments ring with eerie strains, characters' emotions are reflected in plangent chords, and the intense action is driven along by urgent orchestrations.

Yet for all the excitement and emotion of the main plot, the most engrossing drama of Halo 4 takes place between Master Chief and Cortana. Everyone's favorite artificial intelligence is nearing her expiration date, forcing these two all-but-invincible characters to face the prospect of death in a way they never have. This delicate, degenerative process is handled eloquently, and great voice acting, animation, and writing combine for some poignant moments. 343 Industries delivers a compelling narrative on both an intimate and a grand scale, with a satisfying conclusion that will make you excited for what's to come.
Halo 4 is a striking step up in storytelling for the series, but when it comes to the action, things are more familiar. Halo has always been a shooter built on clear gameplay systems that combine in complex and gratifying ways. The crafty and aggressive enemy AI squads work together, adjusting their tactics as you assault their ranks. Your four-pronged arsenal of guns, grenades, melee attacks, and armor abilities fuels a variety of different battlefield strategies. And the environments both large and small provide enough space to maneuver creatively, occasionally furnishing a vehicle or two for your driving enjoyment.
These systems are a through line in the series and they continue to hold up well in Halo 4, right down to the Covenant enemies that you fight at various points throughout the campaign (apparently not everyone knows the war is over). They still make great foes, but the new Promethean enemies offer a fresh combat challenge. Canine crawlers fire from a distance or swarm up close, while hovering watchers flit back and forth, offering maddening support to their allies. The hulking knights look fearsome and put up a mean fight, teleporting both defensively and offensively to make killing them from a distance a tricky proposition. New enemies come with new weapons too, and though these guns fit familiar niches, neat tweaks like the boltshot's shotgun-esque alternate fire and the scattershot's ricocheting bullets make them feel distinct.
at November 01, 2012 No comments: