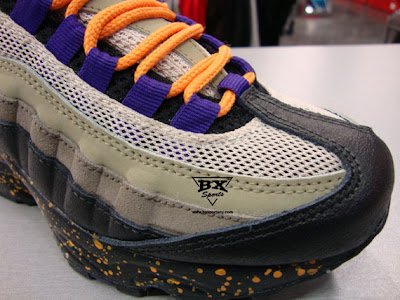 Back in 2005, Nike released a set of Nike Air Max 95 colorways inspired by the legendary Mowabb motif of the 90′s. There were some nice releases from that pack, but what we were really waiting for is the true color pairing of Black, Brown, Beige, Orange, and Purple – the ‘Mowabb’-ness we’ve all come to love and respect. Well, Nike almost got it right, because while the colorway is off-the-charts drool inducing, they’re releasing in kids sizes! No word on a mens version yet, but if one did release, you can call it one of the best AM95 colorways in recent memory. The upper features the faultless color-combination while the midsole utilized orange speckling for the true gritty ACG appeal. BXSports just got their’s in, but check your local Nike Sportswwear retailer as well. 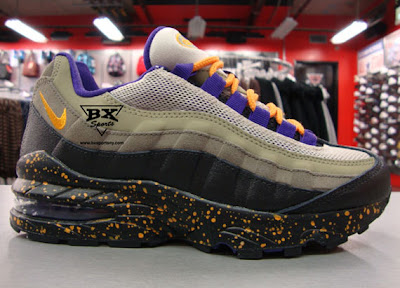