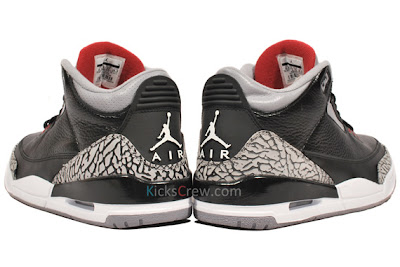 Last year's Black Friday Air Jordan Retro release was an OG colorway of one of the most popular Jordans ever created. That recipe for success will be repeated for post-Thanksgiving Day later this year as the Air Jordan III Black/Cement will hit stores (as a standalone pair) after a decade of quietude. 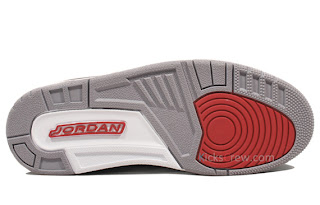 You might be muttering to yourself "well, I still have the CDPs from 2008, so why get these?". It should be noted that the upper material features a synthetic tumbled leather that resembles the rich broken-in appeal from the 2001 Retro release (opposed to the smoother, flatter leather used in the 2008 CDP release). Also, why would you not want to add another pair of Black/Cement IIIs to your arsenal? We've got a new gallery of images of this upcoming heater from kicks-crew, so check 'em out and pick up a pair early on eBay. 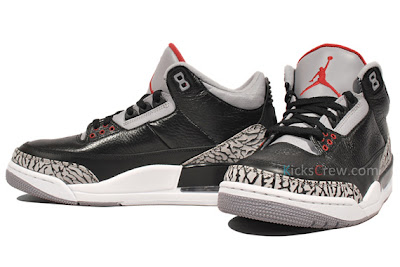