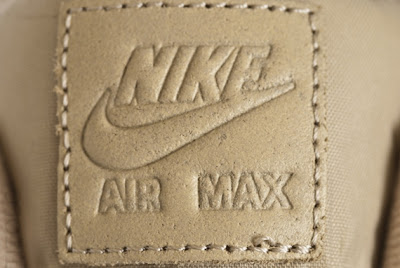 Much has changed with Nike Sportswear's Aztec Pack since the initial images were previewed back in early August. Not only did new Air Max 90s and Dunk Highs join the set, but we also saw a significant difference between the first and second looks at the Nike Air Max 1 'Aztec'; will that translate to two separate releases? Here's a closer look at the newer design, one that we absolutely know for certain is destined for retail because that's the origin of these images. 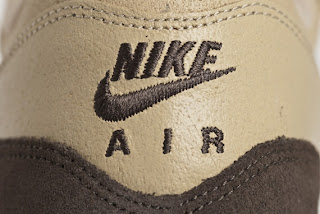 This combination of Grain and Ironstone is softer than the all-chocolate pair we first saw, a look greatly enhanced by the select use of blue along the patterned side panels. Let us know if these are the better AM1 Aztecs and look for yours at Nike Sportswear suppliers like Titolo. 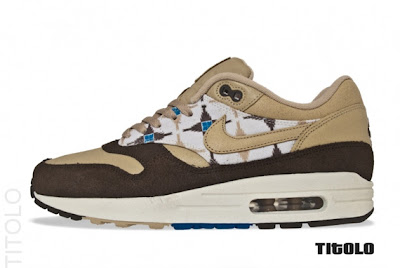