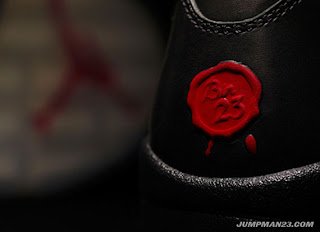 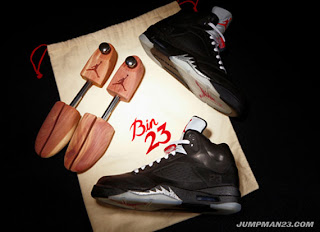 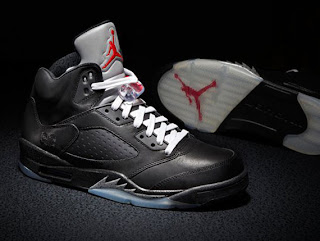 Now We’ve already seen four Air Jordan Retro Premios hit retail, and although opinions have varied on the designs, the Bin 23 collection has had no trouble clearing out nearly instantaneously each time around. A few months back, we got our first look at the Air Jordan V installment, by far the closest of all the Premios to replicating an original colorway. Inspired by a 48-point MJ performance in which Michael wore a pair of black Air Jordan V’s with white laces, the Premio V seems to have taken a slightly different design approach than its predecessors. Some may have wanted something a little crazier, while others are drooling at the thought of getting their hands on a super-lux leather version of the classic Black/Metallic Silver color scheme. If you’re among the latter, get ready to pounce, because JB has just confirmed that the Bin 23 AJV will be hitting shelves next Friday, February 18th at select retailers.
at February 10, 2011 No comments: