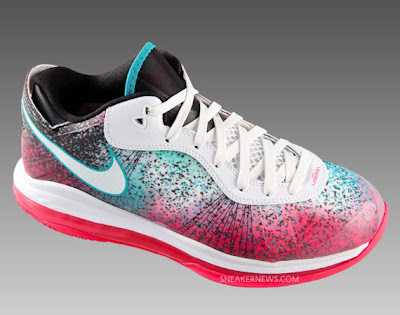 Although still widely popular, the Nike LeBron 8 V/2 Low would likely have been THE summer shoe to rock if LeBron James won a championship back in June. The 'Miami Nights' in particular would've been a hot commodity, but Nike decided to shelve a U.S. release (for now) and designate them an Asia-only release.

It's been some time since we last laid eyes on the LeBron 8 V/2 Low 'Miami Nights', but here they are again; these just dropped in a limited run at Nikestore China this morning.

So if you've been wanting a pair of the Miami Nights, keep an eye out for a possible restock or for availability in the open market, and stick with Sneaker News and BlvdAve for more updates regarding this new development.