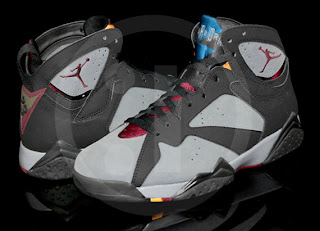 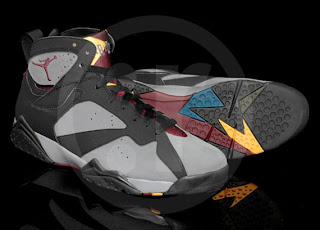 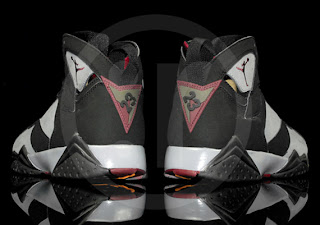 It’s been five years since we last saw a prolonged release of the Air Jordan VII but nearly twenty since we last saw the Bordeaux. 2010-2011 will have been another wave of Air Jordan VII releases, and even among the Premio version and the strange logo-less sample we showed you, the Bordeaux colorway still grabs the most attention from our readers. It’s apparent that the Bordeaux is an acquired taste because it doesn’t exactly have the never-fail Bulls colorway. For some of our readers who have never seen a pair in person and never saw Jordan play in these during the ’92 All-Star Game, the Bordeaux was still considered a ‘grail’ and a certain must-have when it drops in April. That’s the power of an original colorway for ya.