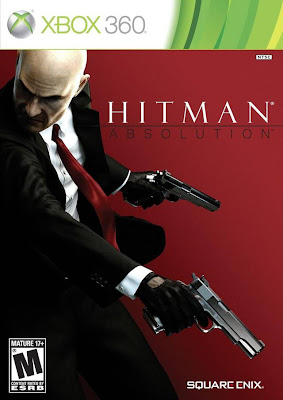 Hitman: Absolution is an intense mix of serenity and obscenity, its foul-mouthed criminals and grubby henchmen adding a layer of thick grime to otherwise quaint small-town streets and warm desert sands. Returning antihero Agent 47 is a ruthless contrast to both the beauty of his surroundings and the foul crooks he butts heads with; he's a steadfast and well-dressed killer who finds pleasure in careful planning and clean kills. Once again, he dons his brightly buffed shoes and exercises a combination of stealthy maneuvering and brute force to end the lives of those most deserving of their demises. Not every method of murder is as satisfying as you'd want, but Absolution plays well and looks sumptuous.


More intriguingly, it fills its world with such disgusting wastes of space that you're happy to lodge bullets in their heads. The best missions immerse you in Hitman: Absolution's twisted look at Americana and are teeming with contemptible characters drawn from the bottom of the cultural barrel. You may even find 47's initial actions hard to witness: his first contract is to assassinate his former handler at The Agency, Diana Burnwood, who has apparently gone rogue. Her last wish as you watch her perish by your own hand: that you protect a girl named Victoria and, in turn, be branded as a traitor.
The primary villain is a snarling crime lord with a big cowboy hat and a down-home drawl named Blake Dexter. Every rank word that oozes out of this snake charmer's mouth is pure poison, though the human stains that assist him strive to outdo his obnoxiousness at every turn. The crudeness can become overbearing; one target's dying observations are so crass that it's hard to imagine that even the most dirty-minded players would snicker at them. Elsewhere, you encounter a team of assassins called The Saints: women dressed as sexy nuns for no obvious reason other than, well, that's just what they do. In such cases, you get the sense that the game is trying too hard to be edgy. Other events and characterizations are more successful, often because they're steeped in dark humor--such as a hysterically memorable moment involving you, a food delivery man, and an elevator.
All sorts of objects are scattered around for you to use, beyond distraction items like bricks and screwdrivers. You come across gasoline canisters (shoot them for a nice big boom), proximity mines (place them just right and your target explodes into bits while you watch from the sidelines), microscopes (hide in plain sight by pretending you're a scientist), and so forth. Of course, the distinctive-looking 47 wouldn't pass as a scientist in his smoothly pressed suit, so you should probably look the part by punching out a researcher, donning his clothes, and throwing him in a closet.
This sequel embraces the mechanics of previous Hitman games in the ways that matter most. You enter a level with an objective--generally, to off a mission-critical hooligan--and you can accomplish it in any number of ways. The most satisfying and challenging method is to sneak about, crouching behind cover to avoid being spotted, choking enemies from behind with your garrote, or diverting their attention by throwing a brick or some other object. As in most stealth games, you want to remove any bodies you leave behind, lest your victim's cronies come sniffing around (and they most definitely will). Usually, that means dragging the corpse to a bin or wardrobe and dumping it inside.
And so you move through each environment, poking around to see what tools the level might offer for the quietest kill--or the most dramatic, or even the sloppiest. There is great satisfaction in coming across a sniper rifle and landing a sequence of headshots from a window above a crowd, particularly given how you can steady your aim by gently squeezing the trigger before fully depressing it and firing your shot. You might clear out the majority of the level this way, but as you slink toward your destination, you notice all these baubles that you missed, all those lost chances to distract guards by triggering car alarms, all those disguises you never wore. Those lost opportunities, the chances to improve your score by treading even more carefully, and the game's built-in sub-challenges (wear every possible disguise; don't wear any disguise) inspire multiple replays.
On the default difficulty, getting caught doesn't have to be a big deal. 47 can take a lot of damage, and he can use a number of weapons to help him out of a jam. You come across pistols, machine guns, shotguns, and so forth: all the tools of the killing trade. You approach the action as you would in a cover shooter, crouching behind obstacles or pressing against pillars, and then popping out to fire a few shots. You won't be running and gunning, though it is possible to be overwhelmed by sheer numbers if you're particularly careless. Should this happen, you can perform point shooting, which allows you to slow down time, mark your victims, and then fire a succession of bullets with a single button press.

The game renders huge crowds like this with nary a hitch.
at December 03, 2012 No comments: