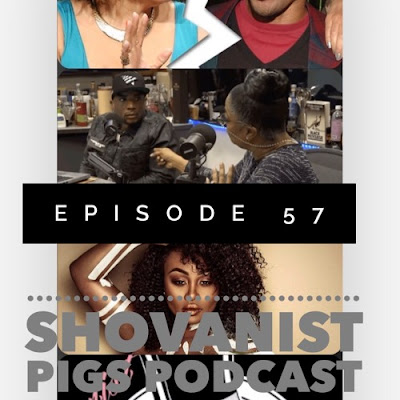 Welcome to Episode 57 of the Shovanist Pigs Podcast !!! We linked up with Logik Radio over the weekend and talked about the BLAC CHYNA fiasco, MONIQUE's fiery interview on the BREAKFAST CLUB, as well as other Shovanistic conversation... We appreciate all who support us and want y'all to Follow us on twitter at @bigcrownmusic , @chiguy705 , @brokeniggaron , and @noemimediagroup . We're also on instagram and facebook ... Like, share, subscribe on iTunes, Soundcloud, Google Play, Stitcher Radio and Youtube.  Email us at shovanistpigs@gmail.com for promo/advertisement opportunities or if you would like to be a guest. Last but not least, please take a quick survey for us to let us know what you like and don't like about the podcast  http://survey.podtrac.com/start-survey.aspx?pubid=fLj2ntlxg_t8&ver=standard