Why You Should See Men in Black 3 by Lucy Faraday 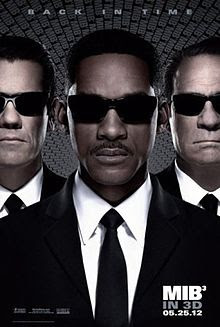 Why You Should See Men in Black 3


Currently at Number 12 in the top 20 films in theaters, ‘Men in Black 3’ is a fun, must see movie. It would be a real treat to view this in 3D, but the effects are so good they work nicely in 2D format. Although part of the movie has been set in 1969, the general tone of the movie has been brought up to date with a high budget and fascinating, if slightly predictable plot.
To put it into context, let’s refresh our memories on the outlines of the first two movies in the series, as it has been an amazing fifteen years since the release of the original ‘Men in Black’:
The original Men in Black movies
The Men in Black (MIB) are a secret agency that works independently from the government. Various aliens disguise themselves as humans in New York City and it is the goal of MIB to maintain Earth as a neutral zone for extraterrestrial aliens, ridding Earth of any corrupt, evil aliens and using a special neutraliser as a kind of hypnotic stick to wipe out any memories real humans may have maintained, to protect Earth from the secret of the habitation of aliens and also of the existence of the MIB agency itself. 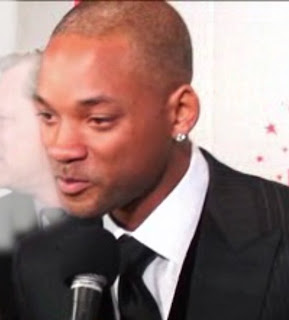 Will Smith plays police-officer James Edwards at the beginning of the movie. He stumbles across the existence of aliens purely by chance when he is chasing a man through the Manhattan streets who jumps extremely high and blinks in an alien manner!
After arriving at the MIB offices, James is given a set of tasks to accomplish with a selection of men who are top in their field. He is then recruited by agent K (played by Tommy Lee Jones) and his previous entire existence is erased.
Earth is at risk by a species of giant cockroach type creatures that can kill human beings and inhabit their skin. Agents J and K only have hours to save Earth in their first assignment together from the Bugs  who are searching for a special item called the Galaxy. It becomes apparent even from their initial meeting that agents J and K have a great chemistry between them. This is apparent in all 3 movies and is a great contributing factor to why they all work so well.
Five years later ‘Men in Black 2’ was released. At this point in plots Agent K has been neutralised and has assumed his civilian life. J must convince him to return to MIB as his partner as he has discovered a foul plot from a shape shifting Kylothian queen. He eventually succeeds in his mission and the two again are victorious in their union.
Men in Black 3
‘Men in Black 3’ was released, and is set in 2012 at the beginning of the movie. It is obvious that there are parallels between the advances in technology in this period both in the movie where a large flat screen TV is on the wall in K’s apartment, and in real-life in a world where technology now allows you to book online tickets where internet and phone payments are accepted!
There is a very dramatic opening sequence where the truly evil Boris the Animal (Jermaine Clement) is broken out of alien prison by his girlfriend Lily, played by Nicole Scherzinger going on to create havoc  by time-travelling back to 1969 to kill Agent K before he blasts off his arm. K finds out Boris has escaped and is on a mission of destruction and wishes he’d killed him when he had the chance. K then jumps back to 1969, changing the future. J soon realises what has happened as he is the only agent that remembers K’s existence in 2012, with the rest of MIB believing he was killed in action in 1969. 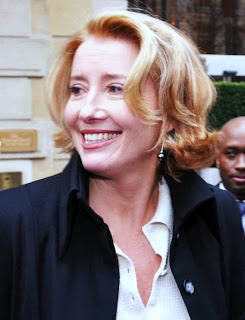 After finally convincing Agent O (played by Emma Thompson) he is telling the truth, there is any amazing scene where J time-travels by jumping off the Chrysler Building. His challenge is then to convince a younger agent K (expertly played by Josh Brolin) that he is an agent from the future.
Although it has the same Sci-Fi humour of the first two movies, there are more twists including a real tear-jerking moment near the end. There are a few hilarious one-liners and the chemistry between J and K is even deeper.
Amazing attention to detail has been paid all the way through but particularly in the 1969 part of the movie where although the humour is subtle, it works extremely well, especially in a scene involving Andy Warhol’s factory!
This film is recommended for older children and any adults with a sense of humour who enjoy their Sci-Fi!