The Cavs could look to trade most of their valuable pieces

The Cleveland Cavaliers are a terrible basketball team of historic proportions, what with their record-breaking 26-game losing streak and the general stink that comes with losing a one-time franchise savior. They're painful to watch, and most people probably wouldn't complain if they just forfeited the rest of the season.

In a way, that might be exactly what they're about to do. While better days are surely ahead, the Cavs rightfully don't seem convinced that it will happen with this group, so they're looking to make a few trades. According to Ken Berger of CBSSports.com (via PBT), they might be ready to trade as many people as possible:

Hornets GM Dell Demps is said to be seeking a big man who can give New Orleans a little more post presence on the offensive end, and executives are openly wondering if Demps will be so bold as to chase Cleveland's Antawn Jamison(notes). [...]

The Cavs are aggressively testing the waters to see what kind of assets they can expect to accumulate by volunteering to use their $14.6 million trade exception from LeBron's departure as a parking lot for other teams' unwanted contracts. Cleveland is seeking to use that cap space to acquire draft picks and young players -- a sound strategy, especially considering that the Cavs can use all the room without putting themselves in luxury-tax jeopardy. [...]

Sources say the Bulls and Celtics are widely expected to make a move before the deadline, and each is seeking wing help. The Cavs' Anthony Parker(notes) would be an ideal fit in both places. [...]

The Hawks are looking for guard help, and sources say they may be interested in the Cavs' Ramon Sessions. The feeling among rival execs is that the Hawks may be willing to spend up to or perhaps even a bit beyond the luxury-tax threshold if there's a deal that would significantly improve their chances in a playoff series with Boston, Orlando or Miami.
at February 16, 2011 No comments: 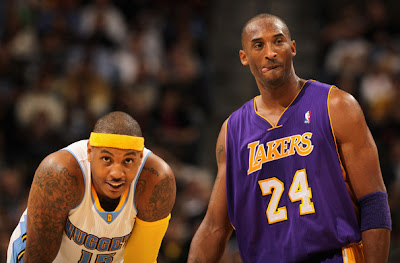