Last Night it was said President Obama would say a brief speech on the matter and he did confirm to the world that Osama Bin Laden had indeed been killed. Here's video of the speech below: 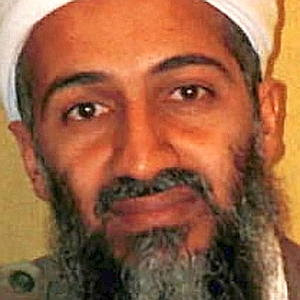 According to CNN ,
The most prominent face of terror in America and beyond, Osama Bin Laden, has been killed in Pakistan, U.S. officials said Sunday night.
Bin Laden was the leader of al Qaeda, the terrorist network behind the September 11, 2001, attacks on the United States. U.S. officials said that their forces have the body of bin Laden.
The enormity of the destruction -- the World Trade Center's towers devastated by two hijacked airplanes, the Pentagon partially destroyed by a third hijacked jetliner, a fourth flight crashed in rural Pennsylvania, and more than 3,000 people killed -- gave bin Laden a global presence.
The Saudi-born zealot commanded an organization run like a rogue multinational firm, experts said, with subsidiaries operating secretly in dozens of countries, plotting terror, raising money and recruiting young Muslim men -- even boys -- from many nations to its training camps in Afghanistan.

Here's some video of the reports:

A powerful earthquake hit Japan today, unleashing a tsunami that swept debris miles inland. The U.S. and 19 other countries are under a tsunami warning.

TOKYO – A ferocious tsunami unleashed by Japan's biggest recorded earthquake slammed into its eastern coast Friday, killing hundreds of people as it carried away ships, cars and homes, and triggered widespread fires that burned out of control.

Hours later, the waves washed ashore on Hawaii and the U.S. West coast, where evacuations were ordered from California to Washington but little damage was reported. The entire Pacific had been put on alert — including coastal areas of South America, Canada and Alaska — but waves were not as bad as expected.

In northeastern Japan, the area around a nuclear power plant was evacuated after the reactor's cooling system failed and pressure began building inside.

Police said 200 to 300 bodies were found in the northeastern coastal city of Sendai, the city in Miyagi prefecture, or state, closest to the epicenter. But authorities said they weren't able to reach the area because of damage to the roads.

A police official, who declined to be named because of department policy, said it may be a while before rescuers could reach the area to get more precise body count. So far, they have confirmed 178 were killed, with 584 missing. Police also said 947 people were injured.

The magnitude-8.9 offshore quake triggered a 23-foot (seven-meter) tsunami and was followed for hours by more than 50 aftershocks, many of them more than magnitude 6.0. In the early hours of Saturday, a magnitude-6.7 earthquake struck the central, mountainous part of the country — far from the original quake's epicenter. It was not immediately clear if this latest quake was related to the others.

Friday's massive quake shook dozens of cities and villages along a 1,300-mile (2,100-kilometer) stretch of coast, including Tokyo, hundreds of miles (kilometers) from the epicenter. A large section of Kesennuma, a town of 70,000 people in Miyagi, burned furiously into the night with no apparent hope of being extinguished, public broadcaster NHK said.

Koto Fujikawa, 28, was riding a monorail when the quake hit and had to pick her way along narrow, elevated tracks to the nearest station.

"I thought I was going to die," Fujikawa, who works for a marketing company, said. "It felt like the whole structure was collapsing."

Scientists said the quake ranked as the fifth-largest earthquake in the world since 1900 and was nearly 8,000 times stronger than one that devastated Christchurch, New Zealand, last month.

"The energy radiated by this quake is nearly equal to one month's worth of energy consumption" in the United States, U.S. Geological Survey Scientist Brian Atwater told The Associated Press.

President Barack Obama pledged U.S. assistance following what he called a potentially "catastrophic" disaster. He said one U.S. aircraft carrier is already in Japan, and a second is on its way. A U.S. ship was also heading to the Marianas Islands to assist as needed, he added.

An American man working at one of the nuclear plants near the coast when the quake hit said the whole building shook and debris fell from the ceiling. Danny Eudy, 52, a technician employed by Pasedena, Texas-based Atlantic Plant Maintenance, and his colleagues escaped the building just as the tsunami hit, his wife told The Associated Press.

"He walked through so much glass that his feet were cut. It slowed him down," said Pineville, Louisiana, resident Janie Eudy, who spoke to her husband by phone after the quake.

The group watched homes and vehicles be carried away in the wave and found their hotel mostly swept away when they finally reached it.

The government later ordered about 3,000 residents near that plant — in the city of Onahama — to move back at least two miles (three kilometers) from the plant. The reactor was not leaking radiation but its core remained hot even after a shutdown. The plant is 170 miles (270 kilometers) northeast of Tokyo.

Japan's nuclear safety agency said pressure inside the reactor at the Fukushima No. 1 power plant has risen to 1.5 times the level considered normal, and slightly radioactive vapor may be released to reduce the pressure.

The Defense Ministry said it had sent dozens of troops trained to deal with chemical disasters to the plant in case of a radiation leak.

Trouble was reported at two other nuclear plants, but there was no radiation leak at either of them.

Prime Minister Naoto Kan planned to hold an emergency Cabinet meeting early Saturday morning and them take a helicopter to the quake-hit area and the troubled nuclear power plants.

Japan's coast guard said it was searching for 80 dock workers on a ship that was swept away from a shipyard in Miyagi.

Even for a country used to earthquakes, this one was of horrific proportions because of the tsunami that crashed ashore, swallowing everything in its path as it surged several miles (kilometers) inland before retreating. The apocalyptic images on Japanese TV of powerful, debris-filled waves, uncontrolled fires and a ship caught in a massive whirlpool resembled scenes from a Hollywood disaster movie.

Large fishing boats and other vessels rode high waves ashore, slamming against overpasses or scraping under them and snapping power lines along the way. Upturned and partially submerged cars bobbed in the water. Ships anchored in ports crashed against each other.
at March 11, 2011 No comments: