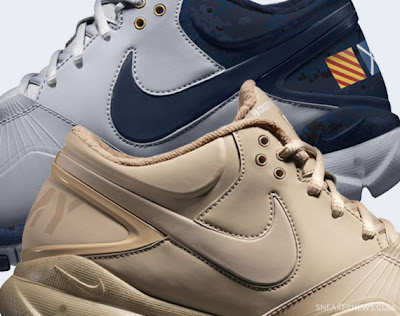 The competitive nature among the divisions of the United States Armed Forces represents itself quite well on the college football field, as the Army/Navy rivalry is as strained and heated as some of the most noted match-ups in history. The Army/Navy game dates back to 1890 and is commonly played in Philadelphia (somewhat of a neutral ground considering the city is roughly equidistant to both academies), and is now played during the second weekend of December - the final game of the season for both teams.
The 112th annual Army/Navy Game will be held on Saturday, December 12th, but preceding that historic bout will be the release of the Army and Navy editions of the Nike Trainer 1.3 Mid Shield 'Rivalry Pack'; both versions represent the academy colors perfectly, with both pairs featuring special graphics on the heel. The Army utilizes a tonal beige colorway with the signature Army typefont on the heel, while the Navy uses a dark blue digi-camo with flag badges - both accurate depictions of each respective division. 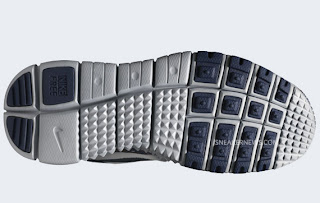 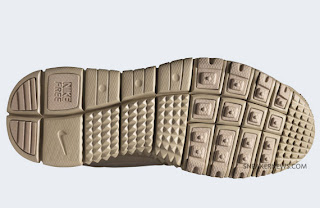