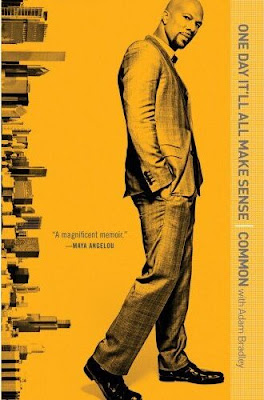 In One Day It’ll All Make Sense, Common holds nothing back. He tells what it was like for a boy with big dreams growing up on the South Side of Chicago. He reveals how he almost quit rapping after his first album, Can I Borrow a Dollar?, sold only two thousand copies. He recounts his rise to stardom, giving a behind-the-scenes look into the recording studios, concerts, movie sets, and after-parties of a hip-hop celebrity and movie star. He reflects on his controversial invitation to perform at the White House, a story that grabbed international headlines. And he talks about the challenges of balancing fame, love, and fatherhood.

Com's book is coming soon, along with his new album "The Dreamer, The Believer" !!

BONUS: OLD & NEW
Here's a single off the album from which his book is named after, titled "Reminding Me (Of Sef)"