For the third weekend in a row, Disney•Pixar‘s Coco topped the domestic box office with $18.3 million to bring its North American total to $135.5 million. Internationally, the film added another $55.3 million this weekend and has now reached $254 million, with $128 million coming from China and $56.6 million from Mexico. The global total for Coco is now $390 million. Directed by Lee Unkrich and co-directed by Adrian Molina, Coco features the voices of Anthony Gonzalez, Benjamin Bratt, Gael Garcia Bernal, Edward James Olmos, Alanna Ubach, and more.

Disney and Pixar's Coco led the post-Thanksgiving frame in what was a repeat of last weekend's top five thanks in large part to no new wide releases this weekend. That doesn't mean there isn't anything to discuss as A24 enjoyed a great weekend with Lady Bird continuing its strong play and the studio's much-talked about feature The Disaster Artist finished just outside the top ten in its limited bow from just 19 locations. Additionally, Fox Searchlight's The Shape of Water was the weekend's per theater champ after opening in just two locations.

At the top, Coco added an estimated $26.1 million this weekend bringing the film's cume to $108.7 million after 12 days in release. The result is no surprise and the 48.6% second weekend drop is smaller than both of the comps we've been using throughout its release as Moana dropped 50% in its sophomore frame and Tangled dropped 56%. Both films finished their domestic runs over $200 million, which is where Coco is headed.
Coco also added an estimated $69 million internationally this weekend for an overseas total that tops $171 million and a global cume reaching $280 million. New markets this weekend included strong debuts in France, Belgium and Spain along with excellent holdovers where the film actually saw increases over opening weekend. One market where the film saw an increase was China where it posted a $17.8 million opening, which increased 148% this weekend to an estimated $44.2 million. The film's estimated, $75.6 million cume in China makes it the highest grossing Pixar release ever in China and third highest Pixar/Disney release after only Zootopia and Big Hero 6. Coco still has a long road ahead of it with openings in Australia, Italy, Brazil, Korea, UK and Japan to look forward to and it's Japan release isn't until mid-March.
Warner Bros. and DC Comics' Justice League finished in second place with an estimated $16.5 million, dropping 60% after the holiday weekend as the film's cume now stands just above $197 million. Internationally, Justice League grossed an estimated $35.7 million in 66 markets bringing its overseas running cume to $370.1 million for a global cume that tops $567 million.
Lionsgate's Wonder delivered a third place finish with an estimated $12.5 million, pushing the film's domestic cume over $88 million. The film also expanded internationally into 46 markets where it brought in an estimated $7.8 million, pushing its international cume over $12 million for a global tally that tops $100 million.
Thor: Ragnarok continued its climb to $300 million with an estimated $9.7 million this weekend leaving its domestic total at $291.4 million. The film also added another $16.2 million internationally as its global cume now stands at $816.4 million.
Rounding out the top five is Paramount's Daddy's Home 2 with an estimated $7.5 million as the comedy sequel has so far generated $82.8 million. Internationally the film added 25 new markets and brought in an estimated $15.6 million overseas, bringing its international cume to $34 million.
Elsewhere in the top ten, A24's Lady Bird brought in another $1.4 million this weekend as it expanded into 1,194 theaters (+403). The film's cume is now just over $17 million making it the fourth largest domestic release for A24 all-time and it still has a long run ahead of it as it will continue to expand into the holiday season.
A24's impact was felt elsewhere as well. The limited release of The Disaster Artist fell just outside the top ten, as it led the fleet of new limited releases bringing in an impressive $1.2 million from just 19 locations for a $64,254 per theater average. A24 reports exit polling showed sensational word of mouth across the board and they'll be counting on that word of mouth as the film expands into approximately 800 theaters next weekend with continued expansion planned throughout the holidays and awards season.
Fox Searchlight's The Shape of Water was the weekend's per theater champ, bringing in an estimated $166,800 from just two theaters for an average of $83,400 per location. The film will add around 45 new theaters next weekend in 12 new markets and is expected to reach 700-800 locations by the Christmas holiday play period.
And Amazon Studios's Wonder Wheel, the latest film from Woody Allen, opened in five theaters with an estimated $140,555 for $28,111 per location.
This weekend also saw Paramount re-release James Cameron's Titanic for its 20th anniversary. The film played in just 87 theaters where it brought in an estimated $415,000.

Coco won the five-day Thanksgiving box office with an estimated $71.2 million from 3,987 theaters, with $49 million of the total coming from the Friday-to-Sunday period. The debut makes Coco the fourth-highest Thanksgiving opener ever and gives Disney 10 of the top 11 openings all-time for Thanksgiving. The film received an excellent A+ CinemaScore from audiences. Internationally, the movie added $30.7 million this weekend to take its international sum to $82.2 million and worldwide total to $153.4 million. Coco enjoyed a strong opening in China with $18.2 million over the three-day weekend, making it the second-highest opening ever for a Disney•Pixar release behind only Zootopia. In Mexico, Coco has now earned a record Mexico $53.4 million. Directed by Lee Unkrich and co-directed by Adrian Molina, Coco features the voices of Anthony Gonzalez, Benjamin Bratt, Gael Garcia Bernal, Edward James Olmos, Alanna Ubach, and more.
Warner Bros. Pictures‘ Justice League added $59.6 million over the five-day Thanksgiving box office in second place for a domestic total of $171.5 million after two weeks. The comic book movie is playing in 4,051 North American theaters and earned $40.7 million from Friday to Sunday. Internationally, Justice League ranked No. 1 again with $72.2 million from about 31,450 screens in 66 markets, bringing its overseas total to $309.8 million and worldwide sum to $481.3 million. Of the international markets, China is on top with $83.1 million, followed by Brazil with $24.9 million, Mexico with $18.2 million, the UK with $16.6 million, and Korea with $12 million. Directed by Zack Snyder, Justice League stars Ben Affleck, Henry Cavill, Amy Adams, Gal Gadot, Ezra Miller, Jason Momoa, Ray Fisher, Jeremy Irons, Diane Lane, Connie Nielsen, and J.K. Simmons.
In third place, Lionsgate’s Wonder earned $32 million for the five days and $22.3 million over the weekend for a total of $69.4 million in North America. Playing in 3,172 theaters and directed by Stephen Chbosky, Wonder stars Julia Roberts, Owen Wilson, Jacob Tremblay, Daveed Diggs, and Noah Jupe.
The fourth spot belonged to Marvel Studios’ Thor: Ragnarok, which grossed $24.3 million over the five-day Thanksgiving holiday ($16.8 million for the weekend) to push its domestic total to $277.5 million after four weeks. Overseas, the film earned another $11 million and has now reached $512.6 million. That’s a worldwide total of $790.1 million. The first Thor earned $449.3 million worldwide and Thor: The Dark World took in $644.5 million globally. Made for $180 million, the Taika Waititi-directed Thor: Ragnarok stars Chris Hemsworth, Tom Hiddleston, Cate Blanchett, Idris Elba, Jeff Goldblum, Tessa Thompson, Karl Urban, Mark Ruffalo, and Anthony Hopkins.
Rounding out the top five was Paramount Pictures’ Daddy’s Home 2, directed by Sean Anders and starring Will Ferrell, Mark Wahlberg, John Lithgow, and Mel Gibson. The sequel, produced for $69 million, collected $18.6 million for the five days ($13.3 million over the weekend) and has earned $72.7 million domestically after three weeks. Internationally, the comedy grossed $13.8 million this weekend in 24 markets and has now grossed $15 million. In 2015, the first Daddy’s Home earned $150 million domestically and $92.4 million internationally, for a worldwide total of $242.8 million.
20th Century Fox’s Murder on the Orient Express took in $18.6 million for the five days ($13 million this weekend) in sixth place and has now grossed $74.2 million domestically. Overseas, the film collected $17.2 million from 62 markets, driving its international total to $122.6 million and global total to $196.8 million. Made for $55 million and directed by Kenneth Branagh, the adaptation of Agatha Christie’s novel features a large ensemble cast that includes Branagh, Johnny Depp, Michelle Pfeiffer, Daisy Ridley, Michael Pena, Judi Dench, Leslie Odom Jr., Tom Bateman, Lucy Boynton, Sir Derek Jacobi, Josh Gad, Penelope Cruz, Sergei Polunin, and Willem Dafoe.
Sony’s AFFIRM Films and Walden Media’s faith-based The Star earned $9.5 million over the five-day holiday ($6.9 million this weekend) in the seventh spot and has earned $22 million after two weeks. Costing $20 million to make, the film features the voices of Steven Yeun, Gina Rodriguez, Zachary Levi, Keegan-Michael Key, Kelly Clarkson, Anthony Anderson, Aidy Bryant, Ving Rhames, Gabriel Iglesias, Patricia Heaton, Kristin Chenoweth, Christopher Plummer, Tracy Morgan, Tyler Perry, and Oprah Winfrey.
In eighth, STXfilms’ A Bad Moms Christmas grossed $6.8 million ($5 million for the weekend) and is up to $59.8 million. Internationally, the sequel brought in $4 million and has reached $33 million, for a global total of $92.8 million. Last year, the first Bad Moms took in $113.3 million in North America and $70.7 million overseas, for a global sum of $183.9 million. Written and directed by Jon Lucas and Scott Moore, the $28 million-budgeted A Bad Moms Christmas stars Mila Kunis, Kristen Bell, Kathryn Hahn, Cheryl Hines, Christine Baranski and Susan Sarandon.
Columbia Pictures’ Roman J. Israel, Esq. took in $6.2 million for the five-day holiday weekend (a $4.5 million weekend) in ninth place, for a $6.27 million domestic cume. Written and directed by Dan Gilroy, the Denzel Washington-starrer was made for $22 million. 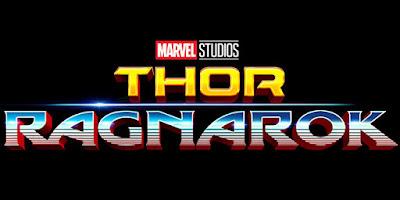 This is a repost from one of my fave movie websites, www.comingsoon.net ! Check on there for the latest on films coming soon and available on DVD & Blu-Ray !