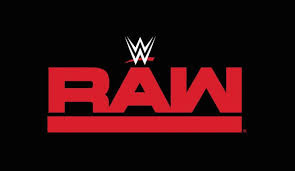 I attended tonight's Monday Night Raw with Blvd Ave's own Tim Collins aka @OldManLogan83 and six other friends.  The night started with an appearance by The WWE Universal Champion Brock Lesnar and his advocate Paul Heyman.  Heyman addressed Lesnar's previous battles with smaller wrestlers like former WWE Champions AJ Styles and Daniel Bryan as well as former Universal Champion Finn Balor.  While in the midst of acknowledging how Brock was able to overcome them, Drew McIntyre made his way out on the ramp.  I thought that we might see some physicality between The Beast and The Scottish Psychopath, but Seth Rollins appeared and brutalized McIntyre with a steel chair.

Rollins made his way to the ring, and the electricity in the crowd picked up, but Lesnar left the ring as Rollins stared down his WrestleMania 35 opponent with slay the beast chants ringing down.  Finn Balor came out next to a good pop from the crowd at the Allstate Arena.  As Balor was cutting a promo about his quest to regain The Intercontinental Championship, the current IC Champ Bobby Lashley and his hype man Lio Rush came out.  This led to Balor introducing Braun Strowman as his tag team partner.  After having no success against the larger Strowman, Lashley was able to take control for his team by isolating Balor.

Balor would eventually tag Strowman in after a missed frog splash attempt by Rush.  Strowman came in and took over from there, and even a spear from Lashley could not slow him down.  Rush ended up looking like road kill after Strowman powered out of his frog splash and hit a running powerslam for the win.  The former five time WWE Women's Champion Alexa Bliss was out next for her talk show segment A Moment of Bliss.  Elias is announced as her guest and after taking a shot at the hometown Chicago Bears, he is interrupted by No Way Jose which leads to a match that was won by Elias.

Elias has a gimmick in which he plays a guitar and his song or pre match promo usually includes a shot at the hometown team which is similar to what Dwayne The Rock Johnson did at times.  Elias announced that he would be performing at WrestleMania 35, and I expect a segment between him and The Great One. WWE Hall of Famer and Olympic Gold Medalist Kurt Angle is out next to a huge ovation and thank you Kurt chants.  Angle announced that his retirement match at WrestleMania will be against former Raw general manager Baron Corbin which did not go over well with the crowd.  Chad Gable came out next to face Angle in a match that started off slow, but picked up in the end with Angle and Gable countering each other's moves.  Gable went high risk and a missed moonsault led to Angle putting on the ankle lock for the tap out.

Corbin made his way out to a chorus of boos after the match and I could barely hear what he said as vocal we want Cena chants broke out.  This could be a fitting end for Angle's last match in WWE because Cena's first televised match on WWE's main roster was vs. Angle on an episode of SmackDown in 2002.  WWE Women's Tag Team Champions Bayley and Sasha Banks made their way to the ring and ended up exchanging words and fists with Beth Phoenix and Natalya.  This led to a singles match being announced between The Boss and The Queen of Harts.

I thought that this was going to be an extended bout, but it ended up being interrupted by a Nia Jax bragging about how she has already accomplished more than WWE Hall of Famer Beth Phoenix.  Jax's partner Tamina ended up attacking everyone at ringside causing a disqualification.  Ricochet vs. Jinder Mahal is next.  Despite the fact that we have never seen J&J Security and The Singh Brothers in the same place at the same time, Ricochet was able to battle through their outside interference.  The One and Only hit an amazing cartwheel into a back flip over the top rope and landed his 630 splash to defeat the former WWE Champion.

Batista added fuel to the fire for his WrestleMania match vs. Triple H stating in a promo via satellite that the latter just uses people and does not care about whether or not they have potential.  After a back and forth with Cole, Batista abruptly ended the segment which came off much better than him throwing a temper tantrum last week to get his match vs. The Game at Mania.

Ronda Rousey is out next to a mixed reaction from the Chicago area crowd.  Dana Brooke cut a backstage promo saying how no one expects her to have a chance.  This match took less time that WWE's into for Raw and it was over in about 15 seconds.  Rousey retained her Raw Women's Championship, but went off on WWE officials again by slapping one and then laying into security at ringside as she was stopped mid kiss with her husband Travis Browne.  Browne also laid out a security guard after he grabbed Rousey to stop her from beating down another guard.  It will be interesting to see if WWE decides to have Browne be in Ronda's corner at WrestleMania for her triple threat vs. Becky Lynch and Charlotte Flair.

Apollo Crews vs. Baron Corbin is up next and we once again heard we want Cena chants directed at Corbin for the former to face Angle instead of him.  Corbin egged on the crowd, but he got overconfident and Crews picked up the surprise win.  McIntyre vs. Rollins in the main event is up next.  McIntyre bragged about causing Roman Reigns to be checked out by doctors after he was beaten down by him and challenged him to a match at WrestleMania.  McIntyre and Rollins went back and forth and the larger man Drew McIntyre seemed to have a counter for every big time move that Rollins attempted.  When Rollins went for a moonsault on the outside, McIntyre stepped to the side and The Architect went crashing into the floor.  When Seth went for a suicide dive, he was caught mid air and slammed into the barricade.

Rollins eventually got on track when McIntyre sought revenge for the steel chair attacked earlier in the night and ate a superkick from Rollins in the process.  Rollins then hit two suicide dives and a sling blade, but once again, McIntyre was able to counter Rollins' attempted boot the face into an Alabama Slam.  After Rollins was able to catch McIntyre off guard for a Falcon's Arrow that only led to a two count, it looked like Rollins was going to put him away with a curb stomp.  Brock Lesnar's music hit and he made his way to the ramp with Heyman which caused a distraction.  This led to McIntyre hitting a Claymore kick for the win.  Even though there was the threat of Lesnar coming to attack Rollins, it was surprising to see Rollins lose so close to WrestleMania.

It will be interesting to see of Rollins can even the score with Lesnar before WrestleMania in three weeks after being hit with six F5's in January and the distraction tonight.
at March 19, 2019