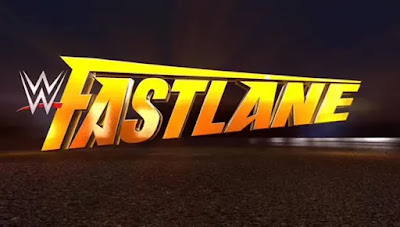 WWE's last pay-per-view before WrestleMania 35 took place tonight in Cleveland, OH, and the night started with The SmackDown Tag Team Champions The Usos vs. Shane McMahon and The Miz.  Unlike their previous championship match last month at The Elimination Chamber event, The Usos took control early on.  McMahon was isolated by the twin sons of WWE Hall of Famer Rikishi, but he eventually made the hot tag to the hometown star and his tag team partner.  Shane continued to put it all on the line when he appeared to be going for a coast to coast dropkick in the corner to Jimmy Uso, but he intercepted Jey Uso with a dropkick in mid air to prevent him from putting the nail in the coffin with a splash to The Miz.

The finish of this match saw The Miz try an unusual high risk maneuver from the top rope, only to be rolled up for a pinfall victory and The Usos retained their championships.  After the match, Shane blindsided The Miz following an embrace between the latter and his father who was sitting ringside.  I expected this heel turn to happen, but hopefully WWE lets The Miz be similar to Chris Jericho during The Attitude Era on the mic and play the smart mouthed babyface.

Asuka defended her SmackDown Women's Championship against Mandy Rose in the night's second match.  After Asuka started the match on fire with knee strikes and kicks, Mandy was able to take advantage of Sonya Deville's outside distraction.  It's obvious that Mandy's time will come, but tonight was not her night.  As Deville went underneath the ring to grab a kendo stick, Mandy slipped on the ring skirt which led to Asuka retaining her championship.  Despite the tension between the former Tough Enough competitors, I expect Deville and Rose to be in contention for The Women's Tag Team Championships next month at WrestleMania.

Kofi Kingston was led to believe that he was getting a shot at The WWE Championship after a backstage encounter with Vince McMahon, but this led to a handicapped match vs. The Bar.  Cesaro and Sheamus put Kofi to rest despite a valiant effort and an attempt by Kofi's tag team partners Big E and Xavier Woods to make the save, but they were attacked from behind by Rusev and Shinsuke Nakamura.

The first match of the night from Monday Night Raw saw Aleister Black and Ricochet and Bobby Roode and Chad Gable challenge The Revival for The Raw Tag Team Championships in a triple threat match.  The Revival isolated Ricochet early on with classic tag team wrestling.  Gable inserted himself into the match by taking advantage of the rules and tagging Dash Wilder of The Revival.  Ricochet was eventually able to make a tag to Black and despite a breath taking flip over the turnbuckle and out to the floor by Ricochet, The Revival was able to retain their championships.  After the match, chaos ensued with Roode hitting a DDT on Scott Dawson only to turn around into a Black Mask kick from Black and a 630 splash from Ricochet.  This finish leads me to believe that we will see a rematch at WrestleMania with another team possibly being added.

Samoa Joe defended his newly won United States Championship in a fatal four way vs. Andrade, Rey Mysterio and R-Truth.  This was a hard hitting match which included a hurricanrana from Rey to Andrade as he was on Truth's shoulders.  Joe dived outside of the ring and showed that a 280 pound man can do more than be a power threat inside the squared circle.  A match like this could draw more attention to The U.S. Championship which has been lacking for the most part since John Cena and Kevin Owens did battle in 2015.

Bayley and Sasha Banks defended The Women's Tag Team Championships for the first time against Nia Jax and Tamina.  Despite the size differential between the champions and the challengers, the champs battled through and were able to retain after Bayley countered a powerbomb attempt by Nia into a hurricanrana and a pin.  After the match, Jax and Tamina took out their frustrations with a beatdown on Bayley and Sasha until Beth Phoenix who was a guest commentator stood up to them.  Jax and Tamina were too much for the youngest hall of famer in WWE history, and future hall of famer Natalya tried to make the save, but Jax and Tamina stood tall.

WWE's version of Captain Planet also known as Daniel Bryan defended his WWE Championship vs. Kevin Owens and Mustafa Ali in a triple threat.  The vocal crowd in Cleveland chanted for Kofi Kingston throughout the first 10 minutes of the match after his was mislead into believing that he would be a part of the match after his conversation with Vince McMahon.  Despite this, the three men were able to put on a competitive back and forth battle with Ali and Owens looking like they were going to win on different occasions before Bryan's bearded brother Erick Rowan got involved.  Ali, Bryan and Owens won the crowd over and the we want Kofi chants eventually turned into this is awesome chants due in part to a top rope spring board tornado DDT by Ali onto Bryan and a plancha by the 265 pound KO.

I imagine that WWE will book DB vs. Kofi for The WWE Championship at WrestleMania after DB retained tonight.  It is hard to believe that they will not capitalize on the momentum that Kofi has picked up in the last month even if this singles match doesn't see the 11 year veteran leave Newark with the most prestigious championship in the company,

Becky Lynch vs. Charlotte Flair took place to see if the most charismatic wrestler in WWE today would be added to Flair vs. Ronda Rousey for The Raw Women's Championship at WM 35.  Flair took advantage of Lynch's injured knee early in the match.  Lynch would continue to fight back with everything she had despite being on one leg.  As Lynch was going for her armbar finisher, Flair was able to counter into The Figure Four leglock until Rousey caused a disqualification by elbowing Lynch thus adding her to the match.  This finish made both women look strong heading into WrestleMania.

Elias got heat throughout the night with his songs aimed at hometown start The Miz, Cleveland sports teams and The Man Becky Lynch.  After being interrupted by Lacey Evans who apparently is working on becoming a runway model, Elias was hit with an RKO by Randy Orton.  Orton then turned around to a Phenomenal Forearm by AJ Styles after weeks of interrupting his backstage interviews.  Orton and Styles have only had one singles math on TV since the latter signed with WWE in 2016 which was won by Orton, and these 15+ year vets are on a collision course for a match next month at WM 35.

Dean Ambrose, Roman Reigns and Seth Rollins reunited one last time to reform The Shield and faced Baron Corbin, Bobby Lashley and Drew McIntyre in a six man tag.  There was chaos towards the end of this match which saw Rollins jump from the front row of the crowd onto Lashley and McIntyre.  Reigns appeared to be in a dire situation as Corbin, Lashley and McIntyre tried to triple powerbomb him through a table, but their plans backfired.  McIntyre was eventually driven through a table and Lashley suffered the fate of a curb stomp from Rollins on a table.  Corbin was left to fend for himself and suffered a triple powerbomb and The Shield wrapped this one up.

I expected Ambrose or Reigns to turn heel or a possible appearance from The Wyatt Family to attack The Shield after the match, but the hounds of justice stood tall to end tonight's event.  Rollins' road to WrestleMania is already set in stone as he will face Brock Lesnar for The Universal Championship.  It will be interesting to see if Ambrose (who is reportedly leaving WWE next month) and Reigns will possibly face each other or go after The Raw Tag Team Championships.  It will also be interesting to see what happens with McIntyre who had a wave of momentum heading into January's Royal Rumble pay-per-view.
at March 10, 2019