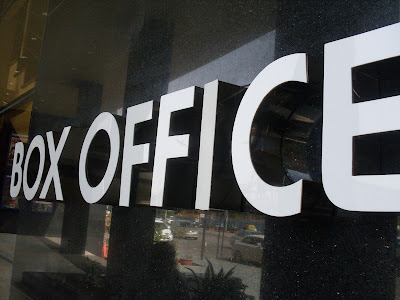 Warner Bros. and New Line's The Nun made good on expectations, setting a new franchise opening weekend record (both globally and domestically) and delivering the second largest September opening ever. Meanwhile, STX's release of Peppermint delivered on expectations, and Mission: Impossible - Fallout became Tom Cruise's highest grossing worldwide release of all-time, topping $725 million globally.
With an estimated $53.5 million, Warner Bros.'s release of New Line's The Nun destroyed the previous franchise opening weekend record set by the very first The Conjuring at $41.8 million. The debut is also the second largest September opening ever, topping the $48.4 million set by Hotel Transylvania 2 in 2015, while placing well behind the massive, $123.4 million opening for WB's It just last year. In fact, The Nun's $53.5 million debut is also the second largest opening ever for an R-rated horror film, again placing behind WB's It.
This is the fifth straight weekend Warner Bros. has held the #1 spot at the weekend box office, doing so with three different films (The Meg and Crazy Rich Asians). To that point, this is also the fourth straight weekend WB has held the #1 and #2 spot at the weekend box office, an achievement that hasn't happened in over 25 years.
The Nun played to an audience that was 51% male and 44% were 25 years or older. Interestingly enough, this is the first film in the Conjuring Universe to play to an audience that was not majority female while at the same time this is the youngest audience a film in the franchise has played to, a couple percentage points lower than Annabelle's audience, of which 46% were 25 years of age or older.
Multiples for films in the Conjuring Universe are all across the board, though if The Nun plays like Annabelle: Creation we're looking at a domestic performance topping $155 million, though a run similar to the first Annabelle would mean a $121 million performance. Should it play to the franchise average a performance just shy of $150 million would be most likely.
The Nun was also a hit internationally, delivering $77.5 million from 60 overseas markets for a massive $131 million global debut. Building on its domestic dominance, this is the highest grossing international opening among films in the Conjuring Universe in like-for-like markets, including the largest opening ever for a horror film in 19 of those markets, including including Brazil ($6.8m), Indonesia ($7.7m), Spain ($3.3m) and the United Arab Emirates ($1.6m). The film's top market was Mexico where it delivered a $10.7 million opening followed by the likes of India ($5.2m), UK ($5.2m), Germany ($2.7m) and Australia ($2.7m). Looking ahead The Nun has yet to open in France (Sep 19), South Korea (Sep 19), Italy (Sep 20), Russia (Sep 20), Hong Kong (Sep 20) and Japan (Sep 21).
WB also landed in second place with Crazy Rich Asians, which brought in an estimated $13.6 million, pushing the film's domestic cume over $136 million. The film also added another $5.6 million in 23 markets, bringing the overseas running cume to $28.5 million and a global cume just shy of $165 million. The film will open in the UK this coming Friday followed by debuts in Mexico (Sep 21) and Japan (Sep 28).
STX's Peppermint debuted within industry expectations, while outperforming BoxOfficeMojo's forecast, delivering an estimated $13.26 million opening. The debut is just ahead of the pre-weekend comp to MGM's Death Wish and just a shade behind the $14.4 million debut for John Wick. In fact, the "B+" CinemaScore from opening day audiences is an improvement on Wick's "B" and on par with Death Wish. From an audience perspective, the film's opening weekend played to an audience that was 56% female while 78% was 25 and over.
STX did not finance the $25 million (net) production, which should push toward a $35+ million domestic run while the studio is anticipating a strong performance overseas where it began its run this weekend in 17 markets, grossing an estimated $1.4 million. The film's top market was the Netherlands with a $370k opening. Peppermint will open in France and Russia next weekend followed by openings in the UK, Brazil and South Korea in October as well as Mexico (Nov 9), Spain (Nov 9), Australia (Nov 15) and Italy (Jan 24) with a release in China yet to be set.
In fourth is WB's The Meg, which pushed its domestic cume over $131 million after an estimated $6 million this weekend, giving WB three of the weekend's top four films. Internationally the film grossed another $11.3 million in 67 territories, including a $3.3 million opening in Japan, taking the international running cume to $360.4 million for a global tally just shy of $492 million.
Sony's Searching rounded out the top five with an estimated $4.5 million, dropping just 26% as it expanded further this weekend into 2,009 locations (+802). The film also added $7.5 million internationally this weekend from just eight markets, bringing the overseas cume to $17.7 million. Still ahead, the film opens in France and Australia next weekend followed by releases in Germany (Sep 20), Brazil (Sep 20), Mexico (Sep 21), Russia (Sep 27), Spain (Sep 28), Italy (Oct 18) and Japan (Oct 26).
Just outside the top five is Mission: Impossible - Fallout, which brought in an estimated $3.8 million, bringing its domestic cume to $212.1 million, just $3.3 million shy of topping Mission: Impossible II to become the highest grossing domestic release in the franchise. That said, with an estimated $38.6 million internationally this weekend, the film's global cume now totals $726.6 million making it the highest grossing worldwide release not only in the Mission franchise, but the highest grossing worldwide release in Tom Cruise's career.
Finishing outside the top ten is Freestyle's God Bless the Broken Road, which fell well behind the studio's $4-4.5 million expectations, delivering just $1.56 million over its three-day debut.
In limited release, Magnolia's Kusama: Infinity opened with $30,400 from two locations; 4th Row's Bisbee '17 brought in $6,650 from one theater; Oscilloscope's Hal opened at New York's IFC Center with an estimated $5,150; Cinema Libre's Nelly also opened in one location with an estimated $1,500; and Film Arcade's Realms delivered just $118 from three locations for a $39 per theater average.