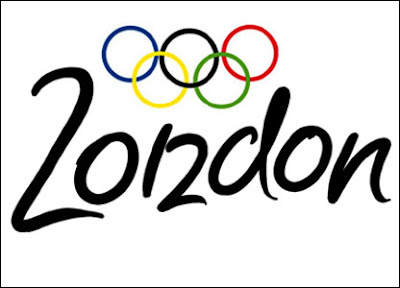 Here is the breakdown of the current medal count of the top 3 nations,

The London 2012 Olympic Games are under way and hasn't lacked controversy and appel. The recent new from London is the affect of social media on the games, as this is the first Olympics that are completely encompassed in the vast world of social media. Unfortunately, the access to free speech takes a severe hit as some athletes - and media members - otherwise unknown accounts become extremely visible and vulnerable. For better or worse.

This has been in evident in the recent cases of Swiss soccer player Michel Morganella, Greek triple jumper Paraskevi Papachristou, and British journalist Guy Adams. Morganella, expelled from the Switzerland soccer team for what the IOC deemed "racist" Tweets about the Korean National Soccer team and the race as a whole. During the match of Switzerland v Korea, Morganella was frustrated by the Koreans play and had this to say about it,

This translates loosely to,

“I f*** all Koreans, go all burn yourselves. Ahahahaha bunch of ‘tards.”

The IOC quickly disciplined the center, while both the Committee and the Swiss teams coach deemed it appropriate to expell Morganella and issued this statement,

"Michel Morganella gravely insulted and discriminated against the South Korean people and their football team with his highly offensive comments on Twitter," said Gian Gilli, chef de mission for the Swiss Olympic delegation at the Games."

"We condemn his comments, which are in fundamental violation of the IOC's Olympic charter and Swiss Olympic's own ethics charter."

"This is why, in consultation with the Swiss Football Association, we have withdrawn Morganella's accreditation."

Morganella has since apologized for his tweets.

The next case, Greek triple jumper Paraskevi Papachristou, who also has ties to Neo-Nazi political organizations, tweet a racist comment about the amount of Africans in London, 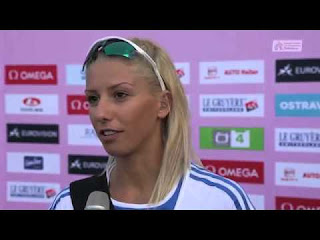 "With so many Africans in Greece... the West Nile mosquitoes will at least eat homemade food!!!"

The head of the Olympic Greek commission said she could no longer be on the team. However, Paraskevi has since apologized and issued out of tweet of sympathy.

In the last case, Guy Adams, was actually suspended from Twitter for his comments about NBC and its executive producers about the broadcast of the games. Adams, also tweeted out the email address of Gary Zenkel, the head of NBC Olympics staff. The reason given was that Adams gave out private information sensitive to threats and breach of privacy.

In each of these events, Twitter has caused extreme disciplinary actions to be taken under personal accounts and the use of free speech. The IOC has expressed no concerns or regrets over the actions taken or the addition of social media to the games in London.