Word on Sports: Top Stories of the Week

Welcome to another edition of Your Sports First. Today we will take a look at the top stories in sports over the last week. This week brought alot of attention to the world of sports and the impact it makes on society, it also brought the true nature of competition and how it captures and captivates the world. So without further adieu I bring you the 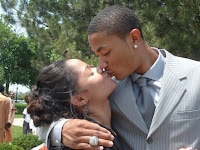 Looks like reigning NBA MVP and Chicago Bulls point guard Derrick Rose is expecting a child. News arose early last week about the superstars longtime girlfriend Miaki's pregnancy. The star asked for privacy - and while avoiding directly answering the question he did elude to the suspicion of something going on in his personal life.


As I will respect the Chicago-native's wishes of such approach, as a Bulls fan I must say if it is in fact true, congratulations.

And keep your head in the game, as much as you can.

Here is Derrick when asked about the "news",

Carmelo Anthony Invites Family of Trayvon Martin to MSG
In the wake of George Zimmerman - the neighborhood watch volunteer who voluntarily shot and killed an unarmed, 17yr old Trayvon Martin - being arrested and indicted on second-degree murder charges, the family of Martin was headed to New York to be on Anderson Cooper to talk about the news. However, according to ESPN, the family had more in store,


New York Knicks All-Star Carmelo Anthony had an invitation awaiting the family, including Martin's younger brother who is 3½ years old.

Fearing the potential media attention, the family decided not to stay for the game - instead opting to take pictures with the team, and in the locker room following the team's 103-65 win over the Washington Wizards.

When asked about the experience and what the support meant, Anthony told reporters,

"(It was) a blessing, an honor," Anthony said of meeting the family after the Knicks' practice on Saturday morning. "We all know the tragedy that happened and just to get in a different space of mind right now, just bringing them to not even the game, but to the locker room in the back, meeting all the players, meeting the coaches. That was the easy part. We had no media there. It was just something that I wanted to do.
"I lost my sister last year, so I know what it feels like, even with his little brother. He didn't even want to come to the game, didn't even know what was going on. He wanted to go see 'The Lion King,' but just for them to be there, that meant a lot."

According to the New York Times, Benson, a New Orleans-native, has owned the Saints since 1985, when he stepped in to block efforts by other prospective investors to move the NFL franchise to Jacksonville, Fla. Now Benson has made another major investment to stabilize the NBA's presence in the Big Easy on the same day that the Hornets were hosting the Utah Jazz, the very team New Orleans lost to relocation in 1979.


Retired NBA Star Jayson Williams was released from prison early last week after serving an eight months for a DUI and 18 months after finishing a sentence for the death of his former limo driver.

Williams had a six-year, $86 million contract with the Nets before a leg injury forced him to retire in 2000. Two years after he left the sport, he killed driver Costas Christofi with a 12-gauge shotgun while showing it to friends, having failed to check the weapon's safety mechanism before snapping the gun closed.
Williams then wiped down the weapon and placed it in the chauffeur's hands, stripped off his own clothes, handed them to a friend and jumped into his pool, according to testimony. Williams' lawyers maintained that the shooting was an accident and that his actions were driven by panic.
The shooting marked the start of a cascade of troubles for Williams, who was promptly suspended from his post-basketball job as an NBA analyst for NBC.
While the case surrounding the shooting lingered after a 2004 mistrial on a top count, his wife filed for divorce, and police used a stun gun on him in a New York hotel after a female friend said he was acting suicidal. He was charged with assault in May 2009 after police say he punched a man in the face outside a North Carolina bar, but charges were dropped. His father also died. 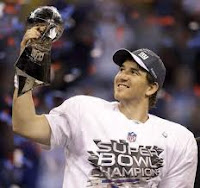 Looks like New York Giants Super Bowl MVP and champion Eli Manning will step into his brother Peyton's footsteps and take a dip into tinsel town - hosting the May 5th taping of "Saturday Night Live". Other Super Bowl winners have hosted in the show in the past, one being Tom Brady, whom Eli has now beaten twice in the Super Bowl.


Rihanna is the scheduled musical guest.


Toradol, which is a brand name for Ketorolac is at the center of a lawsuit filed by the NFL Players Association. According to the suit, Toradol - a non-steroidal anti-inflammatory and injectable drug. One which many former players say that teams and doctors indiscriminately used on them without regard to the harmful affects (concussions being at the forefront of those issues).


It has been a far fall from grace for the 1998 NFL Draft's No.2 overall pick Ryan Leaf. The former Washington St. star was recently arrested and charged with four felonies on accusations that he broke into a friends house to steal prescription pain killers. According to ESPN, he then robbed a second home just two days after being released from jail.


If convicted, Leaf could spend a maximum of 20 years in jail for each count.

Miami Marlins Ozzie Guillen has long been synonymous with outlandish, off-the-cuff comments and interviews. None could be categorized as the latter as his most recent quirp to a magazine reporter. Guillen was suspended for five games just five games into his tenure - for comments praising Fidel Castro, in a magazine interview. Ozzie's comments angered many Cuban Americans in South Florida and a boycott was initiated against Marlins home games.

Guillen has since publicly apologized for his comments about the dictator and is finishing up his five game ban.

Major League Baseball honored Jackie Robinson, the first African-American athlete to be signed to a Major League team today with tributes across the Unites States ballparks. From Dodger Staduim to Fenway Park, baseball paid it's respects with ceremonies, on-field celebrations, and tributes including his former teammates, Negro-league athletes, and Hall of Famers - including NBA Hall of Fame center Bill Russell and even members of the Tuskegee airmen.