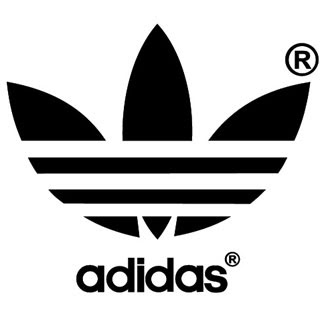 If there was ever a time you desiered to walk through concert doors or roam all over coliseum floors, it very well might be now.  No, there's not another Live Aid/8 benefit concert coming up to commemorate the fifth birthday of the last one, but instead an anniversary for one of the first explicit instances of overlap between hip-hop culture and major sneaker brands.  The Run-DMC x adidas Originals Superstar 80s 'My adidas' 25th Anniversary edition commemorates five x five years since the song that gave a name to Three Stripes online customization service first hit radio airwaves.  These are unique for their use of custom embroidery on the rear as well as a dookie rope dubrae; are they the greatest shelltoe release of the last quarter-century?  Check out the images below and these dropped in stores this past Friday, November 11th. Truly a fittingly timed release for one of the rap game's oldest veteran groups. 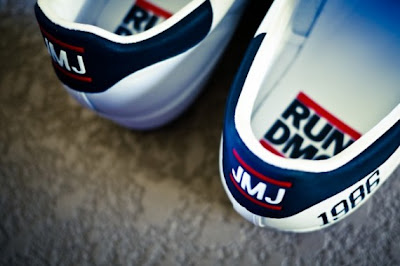 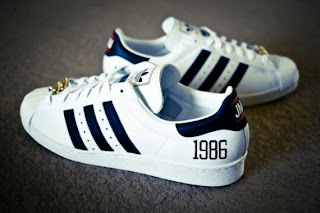 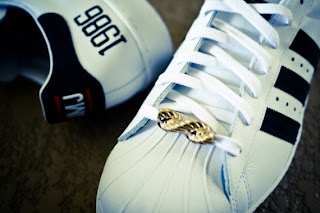 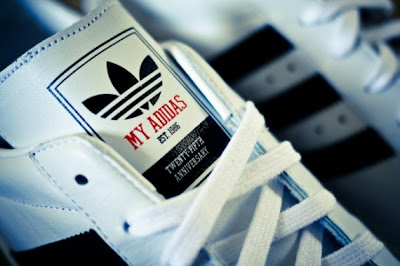