What is good my Ave? Welcome back to another edition of Your Week In Sports. The NFL season is underway, the NBA is still at a standstill and Plaxico airs out some laundry on his former team the New York Giants.

Lets take a look at some of the big news in sports from the weeks past!


Week In Sports an "As I See It" and Chicago Sports First production.

Scary for the NFC North...

The Green Bay Packers opened up the 2012 NFL regular season in historic fashion beating the New Orleans Saints 42-34. The Packers own the record for the most points scored by a defending Super Bowl champion in a season opener. Aaron Rogers was nothing short of spectacular throwing 3 touchdowns for 312yds and no interceptions.

2010 Super Bowl MVP Drew Brees didn't roll over for the defending Super Bowl champs either, throwing for 419yds and 3 touchdowns with no interceptions. This was the 3rd meeting between two former Super Bowl MVP quarterbacks since Mark Rypien and Troy Aikman opened up the 1993 season when the Washington Redskins squared off against the Dallas Cowboys.

It's The First of Tha Month! 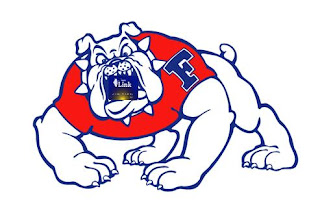 As many as two dozen football players from the Fresno State Bulldogs have been implicated in a welfare fraud investigation involving a county Department of Social Services worker accused of filing for false benefits for them and others.

The student athletes are accused of receiving benefits totaling $39,267, ABC-30 television has reported.

The NFL seems to have worked out it's money issues as more of it's top stars are receiving enormous contracts. The Minnesota Vikings Adrian Peterson and the Pittsburgh Steelers Troy Polamalu each received the biggest contracts of thier careers. Peterson inked a $100 million contract and Polamalu was extended an extra 4 years on terms not yet disclosed to the public.

On a lesser note, the Carolina Panthers inked safety Charles Godfrey to a five year contract extension good for $27.5 million. Godfrey was a third round pick in 2008, has started 43 games for the Panthers over three seasons. In those three seasons Charles has 157 tackles, seven interceptions, and six forced fumbles.

Last season with the Panthers Godfrey lead the team with five interceptions.

NBA Labor Talks On The Move


According to ESPN's Henry Abbott:

Commissioner David Stern said the talks had been "intense." He said it's "getting to be an important time." And he announced that next week's CBA talks would expand to include each side's full negotiating committee.

The two sides have agreed not to characterize the talks to the media. And in the spirit of keeping that promise, Stern and Fisher peppered their talks with let's-not-get-carried-away language. Stern said, "I don't know if it's positive or negative," that the groups' meeting will expand next week. Similarly, Fisher said, "It doesn't imply that we're somehow on the verge," and added that, "We still haven't found that place where we can come out and say here's where we are, here's where progress is being made."

So we can at least take as they are talking...

Other important notes on the basketball front:

After 227 consecutive starts, 11 playoff appearances, 11 double-digit winning seasons, eight division crowns, two AFC titles and a Super Bowl, the Colts will not have future Hall of Fame quarterback Peyton Manning starting under center to begin the regular season. Manning had surgery on his neck and is not expected to play the following week either, this ends the closest starting streak threatening to break the 297 game run, 321 including the playoffs held and ended last season by future Hall of Fame quarterback Brett Favre. The sports world should be curious to see how the Colts fare without their cornerstone for the last decade.


You can see more "As I See It" @ chicagonow.com/asiseeit