Hey there my avenue, sorry for the wait. But I promise you in anticipation of the new NMG movement and BlvdAve building I got some sweet stuff in store for you!

This week in sports brought us much to talk about. From Floyd Mayweather Jr. (not according to him) to Michael Vick, the world of sports was full of headlines. So let's take a look at some of the more notable events in professional athletics. 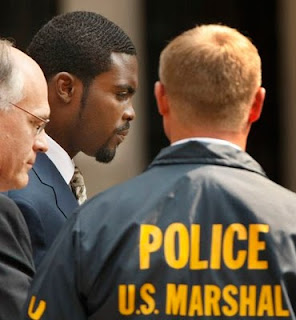 Some say that revenge is a dish that is best served cold. In the case of the Philadelphia Eagles quarterback Michael Vick, who signed a $100 million contract yesterday, making the 31yr old the face of the franchise. This also marks the third largest second signing of a player in professional sports history of $100 million or more.

Vick has been much maligned with his time spent in prison for dog fighting and admitted that at times while he was incarcerated, he wondered if he would ever get back to where he once was.

"Sometimes as a man, you fear what you can't see," Vick said at a press conference at the Eagles practice facility. "Nobody can predict the future. You don't know what's going to happen. Tomorrow's not promised. The only thing you can do is live your life, hope for the best, continue to have faith, believe in yourself."

"The thing for me was believing in the people who were there for me in my time of need. ... You never know what's going to happen. Expect the worst and hope for the best, and that's what I did.

"God was on my side, and I'm here today." - Micheal Vick
" I ain't no Jr!"
Many people say the HBO's 24/7 documentary series was created specifically for Floyd "Money, Money Boy" Mayweather Jr. Covering his bouts with Oscar De La Hoya and now following the training and drama leading up to his bout vs. Victor Ortiz.

Money Boy Floyd has not lost a professional match in 16 years and let's everybody know it in the this recent episode of 24/7. What starts out as a harmless verbal competition about each others training camps, soon becomes personal between the father and son as exchanges about relationships, training integrity and failure as a men became the focal point of the fight.

If anything other than entertainment, this looks likely to become a distraction from the Mayweather camp in my opinion. I didn't like the way he handled respecting his father on national t.v., but I am not inside the Mayweather circle. He may have deserved it, he may not. But at the end of the day it proved for some damn good entertainment!


The ballers came out at night for the Carmelo Anthony charity basketball game. Kevin Durant, LeBron James, Chris Paul, Jeff Green, Austin Daye of the Detroit Pistons and the host Carmelo Anthony all came out for a historical night at Morgan State's Talmadge L. Hill Field House, where a capacity crowd of 4,500 became the latest to benefit from the endless summer league that has come about largely because of the NBA lockout.


LeBron scored 38 points in the game, while being outshined by Kevin Durant who has been doing this all summer, going to parks and venues and mashing on any competition that shows up by scoring 58 points in the Melo event. Chris Paul (New Orleans, 18 points) and Carmelo Anthony (New York, 36 points) had good performances as well. Anthony's Melo Foundation organized the contest and the Baltimore home themed team won 149-141.

Really, the young pretender?
For more "As I See It" go to www.chicagonow.com/asiseeit
Also follow me on Twitter @CSF_Inc
at August 31, 2011