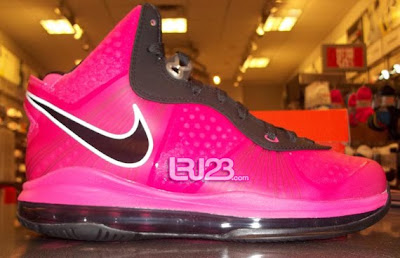 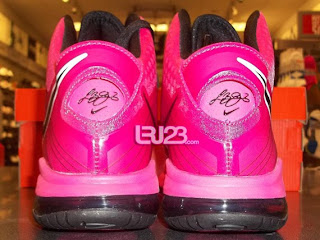 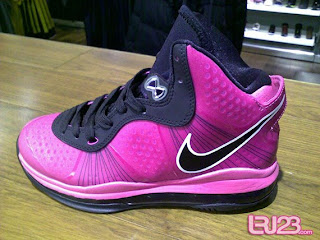 Shout out to www.lbj23.com
When LeBron James announced his decision to relocate to Miami, all that went through the minds of basketball fans was ‘Think Punk’. The dust has settled and even now, it appears the Cavaliers and their departed superstar have mended fences. LeBron has extended an olive branch of sorts, publicly wishing the best for his former team, shedding that punkish aura. Now it’s time to ‘Think Pink‘, as the hot pink/black colorway of the LeBron 8 V2 GS is now available in Nike Basketball retailers. While these aren’t officially part of the ‘Think Pink’ line Would you cop these if they released in men’s sizes?
at February 10, 2011