ARTIST SPOTLIGHT: Odd Future Wolf Gang Kill Them All: The Future of HIP-HOP ??? 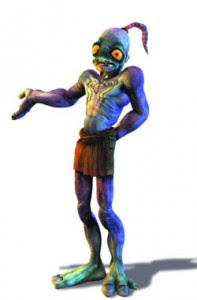 Ok, so after my first time hearing & seeing these cats I was like "whoa"... Not as if I was blown away by their immense talent, but moreso shocked at the crazy shit they were doing in their videos. Shout out to the homie Chaise (@ChaiseMarcel ) by the way, he's the first person I ever heard of Odd Future from. But back to the story being told lol. Although not my personal cup of tea, I kept an ear to the streets to see if Odd Future would go on to make waves in the world of Hip-Hop. Sure enough, they are doing just that ! So here at blvdave, we wanna give u guys a look at some stuff they've done so far and posted videos that are taking youtube video by storm. MTV also did an interview with Odd Future. These guys are doing their thing, and we're doing our part to put the world up on something new. so without further ado, here's a look at Odd Future Wolf Gang Kill Them All