Hello my Ave', another exciting week in sports has passed and Your Sports First and BlvdAve are here to bring you the skinny on the best of last week's goings on in the wide world of sports.

So lets get right to it with another.....


"Money" In The Bank


Floyd Mayweather cashed in on another big payday, and fueled even more controversy in his legacy, as he knocked out Victor Ortiz in the fourth round of Saturday's WBC welterweight championship fight. Mayweather won on a controversial one two knockout combination on Ortiz after coming out of a clearance. Referee Joe Cortes then called a "box on," before looking at the timekeeper's table to see if there was any time left on the clock, allowing Floyd to land the combo on Ortiz who had dropped his hands to look at the official.


Since the bout, there have many different points of view on who is to blame for the way this fight ended. Some believe Mayweather gave a cheap shot to Ortiz when the ref wasn't looking, also some feel that Ortiz showed his youth and inexperience by "not protecting himself at all times" when he lowered his guard in a championship fight after a "box on" call, and Cortes showed a complete lack of professional judgment went he took his eyes away from the fight to check time. Either way the WBC hasn't taken the belt away from Floyd Mayweather and I am pretty sure that he has already cashed his $40 million check.


-The NY Times had a report on the payout structure Floyd Mayweather had in place for the fight  which estimates that he would receive close to $40 million. In comparison, Mayweather Productions would pay Victor Ortiz $2.5 million. The Mayweather deal is interesting when looking at the risk-reward. While Mayweather used his own money for marketing the event, he’s receiving a healthy portion of the profits.

-While there was a push for the PPV, the MGM Grand was giving away tickets during fight week as the actual attendance was nowhere near a sellout. In comparison, Pacquiao-Marquez is a virtual sellout according to a tweet from ESPN’s Dan Rafael who spoke with Top Rank’s Todd DuBoef. 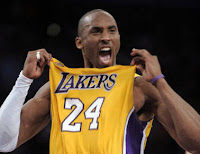 In the latest news in the NBA, Lakers star guard Kobe Bryant has been offered a contract from the Italian basketball team Virtus Bologna for over $6 mil to play during the lockout. Bryant is just one of a stockpile full of players taking their talents abroad.

Some of the more notable players are:


"We have regretfully reached the point on the calendar where we are not able to open training camps on time and need to cancel the first week of preseason games," deputy commissioner Adam Silver said in a statement. "We will make further decisions as warranted." 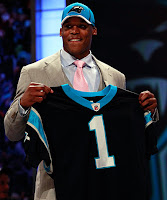 I am a fantasy football genius. I got Cam Newton in the last round. Peyton Manning in the first....

Carolina Panthers quarterback Cam Newton has surpassed expectations and set history in the process. The No. 1 overall pick in the 2011 NFL Draft set an NFL record in his first game as a starting quarterback in the NFL, 24-37 passing for 422 yards and 2 touchdowns. He also rushed for 18 yards and a touchdown. He became the first quarterback to ever throw for 422 yards.

Cam then came out in Week 2 only to follow up with a 432yds, 28-46 passing effort for a touchdown and three interceptions. Despite the interceptions, Cam continues to amaze analysts and football fans alike, showing true pocket patience and a raw talent level. But the haters will still hate and expose the fact that despite Cam's remarkable performances at quarterback, the Panthers are still 0-2 headed into Jacksonville to meet the Jaguars and rookie quarterback Blaine Gabbert.

Im excited to see what the future has in store for the rookie quarterback. And so far so good.

And it doesn't hurt I started Newton in my fantasy league after Peyton Manning was announced to possibly be out for the season... Thanks Cam!

In other NFL news...

In other news around sports...


As Simmonds took the first shot in the shootout, a banana came flying into his path as he skated in on Detroit goalie Jordan Pearce.

Simmonds said in a statement about the incident:

"I don't know if it had anything to do with the fact I'm black," Simmonds, a 23-year-old Toronto native, said Thursday. "I certainly hope not. When you're black, you kind of expect (racist) things. You learn to deal with it."

NHL commissioner Gary Bettman condemned the act in a statement to the media as well:

"We have millions of great fans who show tremendous respect for our players and for the game. The obviously stupid and ignorant action by one individual is in no way representative of our fans or the people of London, Ontario."

Let's hope this was just a separate incident of a fan not liking the ripeness of the fruit and just was expressing his frustrations with the facilities vending crew.

For more "As I See It" go to www.chicagonow.com/asiseeit